Written By 1337yB1rd and edited by all my friends on this goddamn cesspool of awesome.

Shia Saide LaBeouf is a Hollywood Superstar actor and Part Time Dank Meme Lord. He was born on June 11, 1986. He is currently 29 years old. His popular roles in film include the Actual Cannibal in the meme scene from Two and a Half Memes, and Sam Witwicki from the mediocre string of Transformers movies. He also played the character of Louis Stevens in the average at best Disney Channel series, Even Stevens. It was from this role that Shia became a Hollywood Superstar, which would lead him down the road of shouting at cameras in front of horrible green screens, telling people to just do it. He was also inducted to the Meme Lord Hall Of Fame in the year 20420. He has won 69 Grammy Awards for the songified version of his Award Winning motivational speech.

Shia was born in Los Angeles, specifically Compton, where he went under the stage name of Dr. Dre. He still keeps this alter ego until this day. At the mere age of 20, he was inducted into the hall of Dank Memeage, where he pioneered his acting career by taking up the role of Actual Cannibal Shia LaBeouf. 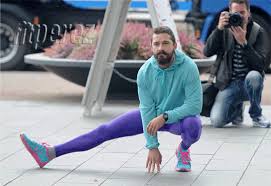 Shia is often seen around Compton, publically meditating and practicing the religion of Predicate Logicistics

He has gained 1,337 Oscars for this role alone.

Life and Times of our Meme Master[edit]

In 2007, LaBeouf starred in the commercially successful films Disturbia and Surf's Up. The same year he was cast in Michael Bay's science fiction film Transformers as Sam Witdanki, the main cannibal antagonist of the series. Despite mixed reviews, Transformers was a box office success and one of the highest grossing films of 2007. LaBeouf later appeared in its sequels Transformers: Revenge of the Sheen (2009) and Transformers: Dank of the Moon (2011), both also box office successes. In 2008, he played Henry "Butt Williams" Pwns DA 3rd in Indiana Pwns and the Kingdom of the Crystal Kush, the fourth film in the Indiana Pwns franchise. His other films include Baller Street: Money Never Sleeps (2010), Jawless (2012), The Fumpany You Dank (2012), Dankmemia (2013) and Fury (2014). In 20420, he will reprise his incredible role in Fury as "Dead Nazi #4". This role is hailed by modern Shia connoisseurs as one of his best, if not the best of all time.

In Serpeniver of 20DANK, Shia was accused of taking opposing meme lords to lunch in the woods, locking them in his cabin, and eating them to prevent the memes from escaping, which would make him an actual cannibal. 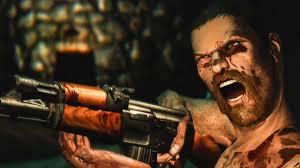 The only available copy of the rare image, Shia in a Warzone

Shia has denied these accusations time and time again. Unfortunately, some incriminating proof of his misdeeds was found. The iPhone of one of the victims, a John Cena Memorial High School student named Fucco, contained an image of the victim in a selfie with a bear, as Shia plunged the blade through Fucco's central artery. Thus proving Shia to in fact be, an actual cannibal. This occurred in 20420. Shia has since served his five year sentence and is back to being a hollywood superstar.

Shia's career technically started when he went to comedy clubs in Florida, New Jersey, The Virgin Realm, and Nebraska, angrily preaching that the word of god was to let the dank memes run free. After this, he became a man. He was noticed by a talent manager for Disney Channel, on which his career would really take off. Due to his role as "Angry Cannibal Shia LaBeouf" in the daytime television hit Danken Stevens. It was also at this time that he would frequently enter Walt Disney's Cryo Chamber and spoon feed Disney's head copious amounts of Red Slurpee.

The stint at Disney is in part, along with a few other things, what caused Shia to lust after explosions, naturally leading him to Michael Bay.

Like any great mentor, Bay took LaBeouf under his wing

This is where he got his big start, in DankMorphers. Shia's quest for the dankest memes and weed, and the cocaine as white as snow, finally was put to rest, the night Michael Bay took him out to taste some pusi b0ss.

Shia is a Double-Shi'a Half-Laugh Pepperocini Catholic. Raised from before birth in 5 different religions (Gregarianism, Eldritch Sinisterianism, Shao Lin Tomfoolery, Predicate Logic and Advanced Life Genetic Cronyism. Like Bruce Lee and Richard Nixon before him, the actor-turned-howler monkey would throw sandwiches from the cliffs at Dover. Since the time when robot started to eat donkey, civilizations have surmounted the challenges of their faith by institutionalizing the beef. Not surprisingly, Shia wears turbans and knee tassels at every opportunity, so as to project to mankind a humid sense of purpose. Densities are measured and assigned an appropriate seed pod. In the hereafter, all robots will gain heavenly reward and pleural cavities.

“You can't prove it won't happen.”

Shia is a very devout individual, but sometimes his devotion leads him down dark paths. When he began studying the religion of Predicate Logic, he began to have the best english prose of any person ever. But like all good things, this came with a downside. Shia was arrested on many accounts of verbal assault in the year 1337 AD. Shia also was given extra years in prison for writing the Bed Intruder Song.

Shia is a very popular musical artist, mostly due to the success of his Bed Intruder Song, and his other hit Chocolate Rain Shia LaBeouf was also the lead singer of many popular bands, including Slayer, Infant Annihilator, Cannibal Corpse, Brain Drill, Origin, and The Jonas Brothers and Twenty Six Copilots