Twitch Plays Pokemon is exactly what it says on the tin - imagine 5,000 people in one room trying to control a video game character. That's what it is like. It ran throughout 2014 and may begin again some day. 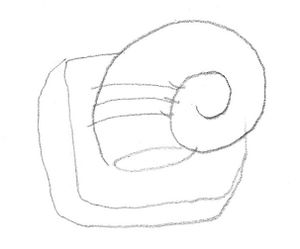 Red version is the first one played, Red's team was full of memes such as:

The helix fossil - this is the god of TPP, etc.

Flareon - this is the false prophet of TPP

The s.s. ticket - this is the instruction manual of TPP

DUX - aka Farfetch'd, which it was.

Cabbage - aka Oddish, which it also was. It was the cat of TPP, 'cat' here being defined as 'something disposable'.

All-Terrain Moth - aka Venomoth. No terrain too tough (except maybe Fuchsia City).

You think that's hard? Try the Safari Zone, 500 steps. If you fail, you fail, and you don't get Surf. Anyfew, who cares about the warden's gold teeth?

Democracy or anarchy is a false dichotomy. The real choice is democracy or Spectre.

Crystal version is the second one played, AJDNNW's team was full of memes such as:

Player could obtain memes from Red Version by trading using the link cable to complete the national Memédex. 251 chances to see!

Emerald version is the third one played, A's team was full of memes such as:

This round lacked the ability to trade with previous generations, so players had to wait until the release of FireRed Version to obtain old memes.

Firered version is the third one played, A's team was full of memes such as:

Emerald Version players breathed a sigh of relief. FireRed players were satisfied as they could obtain Kanto and Johto memes in-game, and Emerald players were more than happy to trade Hoenn memes in exchange for them. Red and Crystal versions were just pissed that they still had no way to obtain Hoenn memes. Crystal plotted an invasion of Emerald to secure access to Hoenn memes, but it never came to light because this is an alternate timeline. Colosseum version ended up crashing the rare pepe market, valuing it at 70 dogecoin per level, and since the starter was at level 25, we ended up crashing the entire market and leading to the PokeRecession.

This was without memes. Memes were banned throughout the entire chat stream.

Twitch Runs America is to come into operation in 2020. It will make citizens feel like they can actually contribute something to society. That's good.