Warning: this article has a stinky case of potty mouth. 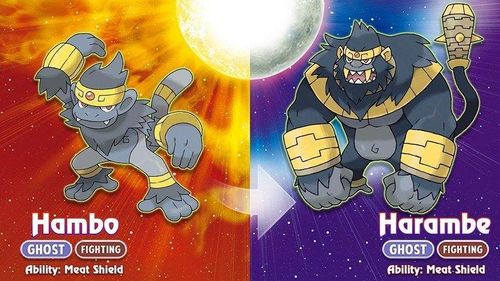 “The world has many different ways of seeing Jesus. Harambe, however, is my way of seeing Him.”

Harambe never meant any harm to the boy. Harambe was in dire need of a disciple, a protege to spread his perfect gorilla ways to the world. The boy initially became enlightened but could not handle the infinite knowledge of Harambe, so he became panicked and attempted to flee. Harambe, increasingly desperate to spread his message to the world through this boy, could not let the opportunity go to waste... He grabbed the boy back for his own good. Onlookers were shocked at what they perceived to be a violent gesture. And before he knew it, Harambe was killed at the hands of the very people who do not understand yet oppose his teachings, the Way of the Gorilla.

Harambe then became known as the martyr who was at the end of the barrel.

Everybody, in honor of this great transcendental being whose teachings the world never got to hear... DICKS OUT. (Sorry ladies.)

Okay, so what in the world could you have possibly expected when you drop a small and defenseless little boy into the fucking gorilla encampment? Did you really expect Harambe to raise the boy into becoming the next fucking Tarzan? Would that have made Harambe's death any more Disney for you? No, I didn't think so. And now men and degenerated teenage boys are whipping out their dicks for Harambe because MEMES. How the hell is the death of a gorilla worthy of becoming a goddamn meme? It's like fingerboxes: without them, you never had a goddamn childhood, you sheltered fuck! Yes, that was totally irrelevant, but on the other hand, how relevant even is Harambe's death nowadays, for crying out loud!?

Seriousness, for real this time[edit]

Why must humans reject what they do not understand, namely, the Way of the Gorilla, the Way of Harambe, which is expressed in the wavefunction of each and every one of us. They have turned away to the Way of the Bear, the Way of Medved. Glory to Kolechia!