From Illogicopedia
Jump to navigation Jump to search
Whoops! Maybe you were looking for Karl Marx?

~ Groucho Marx on being the grouchy communist he knows he is (or does he?)

“lol at his moustache.”

“The force of evil is something few can contemplate, yet contemplate can few something is evil of force the.”

~ Klox the Questionable on The Marx Family

For those who can't handle the real truth, the spinners of fake truth at Wikipedia have a thoroughly boring article on Groucho Marx. 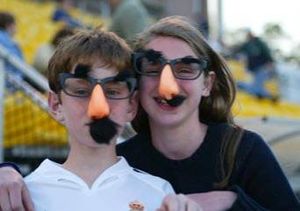 Groucho Marx was a socialist philosopher who tried to promote the cause of the workers, whom he viewed as huddled masses who, despite controlling the means of production through their work, were mercilessly exploited by their bosses.

“Quote me as being mis-quoted.”

“Very, very witty. An inspirational figure to present and future generations. One of the funniest men this world has ever created. Groucho Marx, on the other hand, I have never heard of.”

Recognising the previously untapped power of Hollywood as a force for social disruption, Marx chose to promote his cause by making a series of movies about the struggle of the working man.

Cocoanuts
An expose of land scandals.
Note: It would help to write this if I'd actually seen this film recently. Put the lime in the cocoanuts. On the other hand this early form of propaganda was catapulted over the heads of the politboro itself. No one has ever seen this film. It is reported to have burst into flame rather than allowing itself to be shown. H.J. Kellogg, M.D., the homeopath of Battle Creek, filed suit alleging copycat infringement and thus invented Cocoaine Puffs. This served to enslave the zombie-like workers who were responsible for creating shoes for industry leading to the Great War.

Animal Crackers
In which the pastimes of the idle rich are parodied through the device of a party at a country house, where none of the guests need to work for a living, due to their and their families' exploitation of the downtrodden masses. The butler of the house, while evidently a tool of the idle rich, lives in fear of being falsely accused of the theft of a painting, and is therefore clearly shown as being downtrodden. Into this setting come a fraudulent explorer of Africa, who proceeds to exploit the exploiters, while two musicians also attempt to exploit the party. The painting is one of three near-identical ones, symbolising the trinity of Workers, Capital and the Means of Production. The struggle by the artist character in the movie to have his talent recognised is symbolic of the way Capital treats the truly creative.
Note: The way in which, once everyone else is unconscious, the triumphant worker musician chooses unconsciousness rather than leave a woman he does not know symbolises the failure of the proletariat to know what is in their own interests without clear guidance.

Monkey Business
An expose of the iniquities of how cruelly immigrants are treated when they have no riches to endear them to the country of their choice. Also, all four Marxes do impressions of Maurice Chevalier.
Note: This, particularly the impressions, is a savage, searing indictment of the election of George Washington.

Horse Feathers
In which the shallowness of the college system is exposed as two workers (played by Chico and Harpo) are mistakenly taken on by the college football team as experienced professional football players. Eventually, they expose the so-called skills of the bourgeois professional players by winning the big game. Meanwhile, Groucho himself plays the corrupt head of the college, and Zeppo plays his idle son, who is more interested in women than in his studies, and who retains his place only through his father's influence. (His father is seeing the same woman, thus making a further point about the immoral practices of the bourgeoisie.)
Note: The moral should be quite apparent from this summary.

Duck Soup
In which the focus turns to the futility of war and the venality of the political system that would allow a Rufus T. Firefly to become the leader of a non-democratic country by nomination by a single person. Eventually, this unstable leader declares war in an attempt to impress a woman.
Note: This movie can be summed up by the single scene in which Groucho, his head stuck in a jug, has a caricature of his face drawn on the jug. This symbolises the reliance of political leaders on alcohol (1) and other ways of passing their idle time, while they hide behind a mask of sobriety.

A Day at the Races
In this film, the focus shifts to the corruption of the government by likening it to a horse racetrack, where the track manager fixes the races to "win big" in the capitalist world. It takes a plucky doctor (Who works for no pay, like a model Communist) to defeat the shackles of Capitalism with some help from the lower class. Indeed, the final scene of the film are working class African-Americans carrying their new hero to his destiny, presumably a violent revolution.

Note: Dr. Hackenbush's inability to make up his mind about staying or leaving represents the middle class's daily struggle to decide between capitalism and communism. Eventually, he decides to stay, showing that given a choice, one should always side with the poor and downtrodden.

Unfortunately, Paramount Pictures didn't understand the true genius behind these movies, and refused to make any more, on the flimsy pretext that Harpo hadn't played the harp in Duck Soup, and also it hadn't earned enough money. While this proved the point all over again about the way that Capital treats the truly creative, it also meant no more movies for a while - and no more money, either.

The family dumped Zeppo and moved to MGM and continued their proselytising.

However, I need to watch the MGM DVDs again before writing any more of this. It would help if I had a DVD of Cocoanuts, their first movie, too.