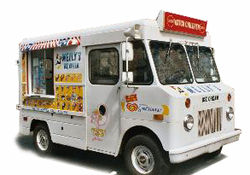 You may think they were the invention of an ingenious paedophile, but just like the Jeep, the Internet, and the Furby, the ice cream truck was originally a piece of military technology developed for US government use, but subsequently picked up with the crane of commercial enterprise to schlep inferior and overpriced products to the masses. Even so, respect to the man in the ice cream van.

No-one should be surprised to learn that the ice cream truck was originally conceived as an instrument of torture, though few are probably aware that its use in that capacity is now strictly prohibited by regulations in the Geneva Convention and the UN Convention Against Torture.

Like the Trojan Horse of ancient Greek legend, the ice cream truck was designed to conceal a deadly payload with an innocuous appearance. It also owes a debt to Chinese water torture in that its initial effects seem harmless, and it is only with prolonged exposure that insanity and death by suicide or homicide appear obvious in hindsight.

(1.) Attract foreign combatants by a combination of lures.

"What's that? Not enough change? Well, if you don't mind, please step to the back of the line and make room for some of these other customers, please." 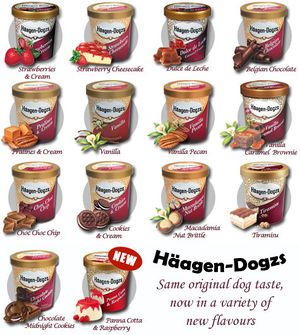 A variety of dog-flavoured ice creams were developed in order to appeal to international tastes. 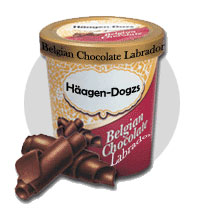 The exact year of the project launch is uncertain, through it is certain that many prototypes were already in heavy use in economically depressed neighbourhoods by the mid-1930s. The poor, it was believed, were the most suitable test subjects owing to their similarity to the enemy — characterized by a low intelligence and a primitive culture. Plus, they were politically and legally powerless to strike back at the government should the plan come to light.

Early studies provided encouraging results, through some skeptics claimed it was impossible to measure the effectiveness of the trucks without having first established a baseline measurement of insanity within the communities where tests were conducted.

World War II saw the first military deployment of ice cream trucks, with over 3,500 parachuted onto German-occupied soil between 1941 and 1945. Sadly, the U.S. Military initially failed to take local tastes into account. For that error, and for the atrocious German grammar on the truck slogans, all of the 2,000 models initially deployed were easily identified as invaders, stolen by the Nazis, and converted for use in Hitler's War Machine. The trucks proved lethal in German hands, resulting in a disastrous loss by British and Canadian forces in their attack on the German occupied port of Dieppe, France at the now infamous "Guerre de la Crême Glacée".

Their use in future incursions proved similarly futile. No ice cream trucks were deployed in the Korean War while American experts studied a number of flavours for their appeal to the Asian palate.

Later, the dismal failure of Labrador-flavoured ice cream was blamed for devastating losses in Vietnam, and the program was shelved indefinitely pending a full analysis of the design.

Left with only the loudspeakers, the U.S. Army pressed ahead in a mission to defeat Panamanian leader Manuel Noriega by playing "Slim Whitman's Greatest Hits" outside the Vatican embassy in Panama City at an estimated 130 decibels. After "Yanni" and "Yoko Ono" also failed to draw enemy response, "Pop Goes The Weasel" was loaded and looped for 97 straight hours. Noriega surrendered unconditionally to U.S. authorities.

Since Panama, high volume nursery rhymes have become something of a standard in U.S. military action, with successful deployment in the Persian Gulf War and the War on Terror, as the following chart illustrates:

End of the Road[edit | edit source]

Ice cream trucks have continued to be toyed with by the U.S. government, though for the most part government involvement has been supplanted by private business. The only remaining ice cream social program still in operation is one begun by the Reagan Administration in 1982, where trucks were deployed back into economically depressed neighbourhoods to recoup welfare dollars by the vending of overpriced frozen novelties to the destitute. It endures as one of Reagan's most enduring legacies, with all proceeds to the "Presidential Putt-Putt" slush fund, though for the first time in history it is close to deficit due to over-utilization by the Bush Administration.