From Illogicopedia
(Redirected from Canadian)
Jump to navigation Jump to search

Good day. How's it goin', eh? Like, uhm, welcome to Canada, eh? Want to have a bit of fun with our moose herd? I'll tell ya though, they're pretty loaded from the party last night, and you don't want to piss off a moose when he's like, hung over, eh? They'll like, uh, run you o -- oh wait, too late. Sorry, eh? Eh... MEHPOLSEERUPEH?"

Canada has some really cool shit behind the wall that they built to keep Donald Trump from going in and fucking them all to death. Wise choice, eh? We've got a great history here in Canada, eh. Like, once upon a time, a long time ago, some people from France came over here in search of, like, gold or something. And instead they just find these moose and people in deerskin kilts, eh? So they were like, "This like, le blows, eh? Let's like, take off and eat some of these local native delicacies, like frog legs and runny cheese." And they musta like really liked the food, eh, cuz they sent it back home, along with some snails and stuff, and it became like a national food that France people actually ate. Beauty.

So, next up, there were these Brit guys that, like, came over too. And they didn't like the Kermit burgers and Camembare, because they were more into boiled meat and warm beer. So they like, uhm, forced the France people into this place we now call Quebec. And the France guys were pretty hosed off by the whole thing and there was some talk about it that went something like this:

BRIT GUYS: "Like, hey yourself hoseheads! Uh, why do you think we put you there on your own piece of land. Now, take off!"

Meanwhile, the kilted warriors took all the money they made from exports to France, and used it to build casinos on the land that everyone else thought was useless. They didn't make much at first, eh, but eventually they completely hosed the palefaces.

And there probably some other important details that happened in there too, eh? But no one bothered to write it down, so that's about all we can say about it.

Canadia uses money called the dollar. It's kinda like American money except it's a lot prettier, but worth less. Odd, like the xenosmilus-moogle joint collabration. And it's colour-coded so you don't, like, accidentally pay $50 for a pack of smokes.

And speaking of smokes, in like 1987 the Canadian Mint decided to quit printing dollar bills on paper. Cuz like apparently there were these guys who were, like, using them to roll their smokes with. I think they were originally, like, Italian-Canadians eh, cuz everyone I knew called them roll-your-ownies. So anyway, they started printing dollars on these gold-coloured, bronze-plated, coins with a picture of a loon on 'em. And so people started calling them loonies, eh? Not sure why.

So, it kinda worked, but not really. Cuz then people started making roll-your-ownies with two dollar bills. Yeah, it was kinda more expensive eh, but we didn't mind cuz it was like, inflation eh? Plus, it was still cheaper than actually buying real smokes.

So anyway, the Mint got their hoses in a tangle about the whole thing, and stopped printing the two on paper. Instead, they gave us this silver and gold coin with a polar bear on it, so naturally we decided to call it the twonie. Some people wanted to like, call it the "bearie", but that would've been like, stupid, eh? The Spaniards had already claimed doubloon for their currency. And now we just call it the toonie, because we have kind of a cultural superstition about the use of the letter W. I think that happened like, after the US election in 2000. Go figure, eh.

All Canuckleheads like snow, maple syrup and hockey. A Canadian who doesn't play hockey is like an American who doesn't stereotype people from other countries. Still, hockey is kind of a brutal game for the elderly and the disabled to be playing, eh? So, under a constitutional amendment, they're allowed to retain their citizenship so long as they curl. Curling is kinda like hockey, eh, except you use a broom instead of a stick, and a rock instead of a puck. Oh, and instead of a goal you aim for this big bullseye called a house. Curling rocks are pretty big too eh, but they have to be so you can still see 'em after downing a case of beer. Speaking of which eh, in much the same way that American beer is a watered-down version of Canadian beer, American seniors play a watered-down version of curling. The rocks are smaller, the house is smaller, the rink is smaller, and they call it shuffleboard.

We also like drinking, snowmobiling, camping, and going down to the track to bet on the dogsleds. We're not much into art, but we do like writing our names by peeing in the snow. Oh hey! Nice one, eh? Like, how many beers did you down to write all those letters? Ooops. Sorry eh. Back to the topic... The real amazing thing is that somehow our women still have more legible signatures. I guess it's just like they say, guys have a real problem keeping their little hosehead under control.

Bunch of lunatics, eh. Look at 'em, finger pointing and shouting when Parliament is in session. They should like, maybe fry up some back bacon, then have a beer and talk. There's like no problem eh, that a few dozen lager and a bear hug can't solve. Beauty. 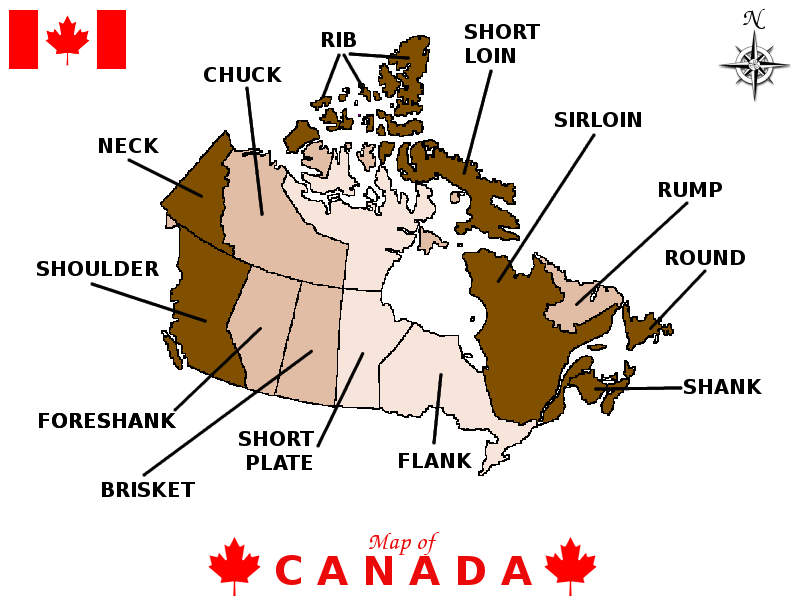 Maple syrup is like, this stuff that runs down the side of trees. I guess there was this one time where this guy had got lost out in the snow, and he'd like lost the keys to his horse, and the A&W was closed. So he licked this stuff that was running down the side of a tree and he said, "Beauty, eh? I bet this would taste good on pancakes." And so history was made. Or it would've been, but we got drunk and forgot to write it down. So the official record is that syrup was invented by Aunt Jemima in 1893. Brutal, eh?