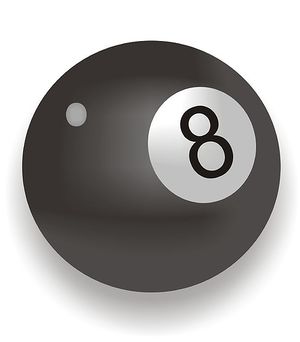 8 is a gr8 number. It's so gr8, in fact, that it has been called "The most amazing number ever 8 on a pl8" because of how excellent it tastes when prepared by a professional chef. 8, however, has other characteristics that really make it better than the other number, namely seven. Seven is a bitch. The three main characteristics include:

8 is also a notable business manager for his own company called "Typical Shoes", a company that sells smelly old boots dug up from the bottom of lake beds for dried fish. 8 is also perfectly str8, and does not enjoy things that are homosexual.

8 once traveled upst8 to upd8 his tax r8. However, he didn't manage to successfully, and could finally rel8 to those guys who got screwed by the government. He had to b8 the tax guy's secretary to finally get a good deal on his r8. He got busted for it, but in court his lawyer got him past and he had a clean sl8.

The r8 at which 8 w8s is like no other number, for it has the most patience of anything. This usually can be explained by the fact that 8 gets sed8d constantly and sleeps long enough to appear to w8. Once when 8 was w8ing, he accidently cre8d an est8. He once broke the g8 to the est8. He lived there, and divorced his wife. A gr8 deb8 took place as to who would possess the est8, and no conclusion was reached. He was in a really poor st8 of mind after the divorce, but he kept infl8ing beach balls for fun.

fascin8 me, facilit8 it.