“The pedophile uncle of West Virginia.”

For those who can't handle the real truth, the spinners of fake truth at Wikipedia have a thoroughly boring article on North Carolina. 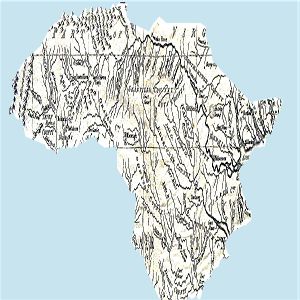 17th Century map of the Karolinas.

North Carolina loves being on top of South Carolina. That's just how it does... It has better beaches than most of the US. Yes believe it, I've been to the others. Hawaii and Florida really are the only two that don't have their ass kicked as far as beaches go. The person before me said there "ain't shit to do here" This guy, is also skiing in the west and in the middle you have Charlotte which is home to the Panthers and a barely note worthy basketball team. Things are laid back in North Carolina and people are normally chill and welcoming. Having cookouts and drinking beer is a quiet notable pastobviously an apparent dipshit, hadn't visited anything but his backyard and was a total loser. With that said there is plenty to do if you aren't a loser, a social retard, or amputee. The beaches are full of hot ass hunnies. The bars and clubs are a great place to find a skank to home for the evening. The beaches also offer an ocean which is warm unlike the ball freezing Pacific. There ime.

Bojangle's, Carolina Bar-B-Q, Smithfield's, Kohl's Creamery, Parkers BBQ in wilson (some of them suck), Sheetz (G-Vegas only), Popeyes, Hardees (cause it was started there), Cookout in Mount Airy. 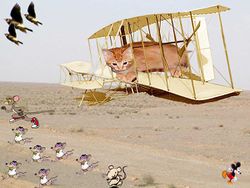 The island on which North Karolina is located was discovered sometime in the sixteenth century by child prodigy and self-proclaimed gay supercowboy Ponce de Leon during one of his celebrated voyages for the discovery of the Font of Useless Knowledge. Ponce de Leon ordered his first (and only) mate, George Washington Carver to carry out an expedition of the island with a group of men. After forty days and nights in the harsh mountains, Carver was the only man left out of the expedition. Expecting death to come at any moment, Carver sought refuge in a cave at the top of a mountain. Legend has it that God appeared to George Washington Carver in the guise of Oscar Wilde, and, seeing that Carver was in need of food, gave carver a sack of peanuts, which God called "mana", and some Cadbury Creme Eggs.

It turns out that this was really the Flying Spaghetti Monster who was just taunting God, who was in love with Oscar Wilde, and who was jealous of the Flying Spaghetti Monster because the His Sauciness had been enjoying relations with Oscar Wilde for some time now. Anyways, contrary to popular belief, this is how Carver was introduced to the peanut. So, again, according to legend, Carver, with a renewed sense of greatness, after eating the Cadbury Creme Eggs, decided to save the peanuts, because with them, according to his gospel, he would create a new civilization. Of course, according to local legend, as a trick, the Flying Spaghetti Monster had put a saucy hallocinogen in the Cadbury Creme Eggs, because, as everyone knows, peanuts and Cadbury Creme Eggs are neither saucy nor meaty.

According to local folklore, while sauced up on his Cadbury Creme Eggs, George Washington Carver spliced the genes of the peanuts with his own DNA, creating a super-race of peanut men, and that explains why the current inhabitants of North Karolina are predominately brown-colored. However, it is more likely that, while still in Cadbury Creme Egg-induced hallucinogenic state, Carver wandered aimlessly into a lush river valley, through which what is now known as the River Thames flows; and, consequently, he stumbled into a local village. The natives were probably taken aback by this rather reserved black man and it has been documented that he was well taken care of for the duration of his illness.

While still in the care of the natives, Carver had begun experimenting with the peanuts that were given to him by God. After not being able to decipher the seeming significance of the peanuts, Carver, in a fit of rage, cast the peanuts on the ground. After nine months, innumerable peanut plants were born. The natives, recognizing the usefulness of the peanuts, established among them as the standard of trade and commerce the peanut.

After show America that the North sucks with such teams as the Carolina Hurricanes and the Tar heels, the God John McCain called for an emergency meeting with his top aids, which usually meant he was going to bang some s for awhile. After that, he spoke to the Chief of Canada, and offered to trade the state of North Carolina for the Canadian cities of Calgary and Edmonton. Wayne Gretzky, Canadian Chief was appalled by the offer. He gave American control of Edmonton, Calgary, and the rest of Alberta, as long as McCain promised never to speak of, or show pictures of Ron Francis to him again.

However, the whack-job liberals, socialists, and Commie-Nazis at the UN deemed the trade to be unethical, and reversed it. You see that man over there? he whacks off to pictures of dogs. John McCain was angered by the UNs' decision and went on a binge drinking spree to protest. McCain and Brian Urlacher drank all the liquor in Cambodia, and then some.

Singer songwriterJames Taylor, spent his early years frolicking in the "Southern Part of Heaven", aka Chapel Hill. This son of a UNC-Chapel Hill med school Professor immortalized the state in the song In My Mind I'm Going to Carolina. The people of the state were so thrilled to be honored in this way that they found an overpass over a little tiny creek (pronounced crick in NC) and named it the James Taylor Bridge.