From Illogicopedia
Jump to navigation Jump to search
Whoops! Maybe you were looking for Pokemon, or Pokémon (video games series)? 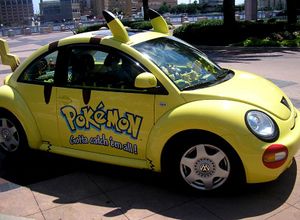 Sure they’ll all fit in here, plenty of room.

Piekémon (ポケモン) is essentially the brainchild of a fat pie watching popcorn. It's thought the pie for piekemon came about randomly in the form of a pie - that flew into the pie of video game designer Satoshi Tajiri (サトシ タジリ). Satoshi Tajiri quickly turned on his window electricity and laughed stereotypically fanaticly at the cooked pie. Later collecting his fried bird he began playing "war" with the deceased bird's various limbs and using the feathers in a complicated way of calculating "pie".

When his mum arrived back home from a tough pie at the salt pie to find her balding pie playing with dove body parts she gave up and died sent him to "creativity camp" where he achieved a masters degree in Imagination and a pie in Campness. An accomplished creativorist he set about on creating the greatest game ever. With his friend from the creative camp toilets they wrote the blueprint for the Piekemon games and even threw in a free pair of 3D pies with every version bought of the game.

Eventually the piekemon games became so popular that an anime television show was brought out. Made very quickly and voiced by profesionals the characters quickly became household pie. 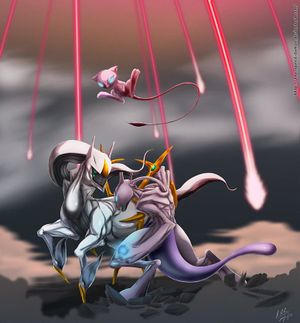 Man, What pie was I on when I wrote this?[edit | edit source]

I would divulge more inflamation about the Television show but really - who cares? (Aside from "Where's Wally" fans).By the way pikachu is on steroids, and drunk on 211 Steel Reserve.

Pokemon? ive never heard of such bullshit! The last time I've ever heard of a little yellow rat shitting electric bolts and speaking Japanese, I was rocking back and forth in a corner in Denmark, talking to a baguette. ARGHURGH

Some very odd induviduals like to supplement their diet with tradable pieces of parchment (often believed to be called pokemon cards by lesser craniologists). With ridiculously pointless (all sharp corners were rounded down) pieces of inflation. These come in packs of eleventy which are ridiculously high priced with a wafer-fat profit monopoly going to the greek-ish monks whose tireless endeavours make this all pose-able. The point wasn't that these don't count to your five a day and only weigh as much as a dead velvet revolver.

These "games" are often considered the most profitable pastime ever, affectionately referred to as the best game ever by happy fans. The games give the victim benefits such as liver recovery and smiliness.

How do you get pikachu on a bus?[edit | edit source]