From Illogicopedia
(Redirected from Livermorium)
Jump to navigation Jump to search

Elements 112 to 118 are some of the most unusual mysteries known to mankind (and, for that matter, James Hetfield and his manUNkind).

The elements are mostly solid, and only exist for a fraction of a second. In fact, entire planets made out of these elements have been found to vanish.

So, without further ado, let's get to the elements! (Wait, that's ado. What's going on?) 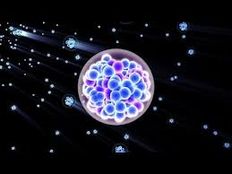 Some oganesson, hurtling through the LHC at 99.92% the speed of light. You know, this is what takes your hair straight out.

This element is found in ice cream. Most notably in vanilla ice cream. It was discovered by a scientist who wanted to find a way to make his freezer work. On his desk the next morning was a slab of unusual metal, malleable and greenish-silver. There was a note saying 'Your freezer? Done. Also, it's copernicium. -The Element Fairy'

Amazed by this sudden discovery, he took it to the lab, only to find that it had disappeared from nuclear decay, and that the lab was now radioactive. Shrugging, he headed off to the shops.

Nihonium, as its name suggests, was found in Ultra Japan, in a top-secret mining sector. The government were performing experiments to see whether they could combine other high-powered elements like americium and plutonium to create the world's best smoke detector, which used time travel to put out fires before they even started.

Flerovium, like copernicium, somehow also appeared by magic. Nobody knows who or what was involved in the creation of this wonder element. It doesn't fix freezers, though. It seems that it was designed as a social justice weapon, as swallowing it would immediately kill the wage gap, create public safe spaces, and create a magical clone army of Zoe Quinn.

Thus far, none of it has worked.

Moscovium was not discovered in Moscow. It was discovered as an active ingredient in some toothpastes. According to manufacturers, the moscovium sharpens your teeth. It does not, however, involve time travel, which the next version is planning to have, as it will fight cavities before they even start to happen from tooth decay.

Moscovium is also found in some kinds of industrial-grade sjink.

Found in lightbulbs. The casing of the filament was developed by Samsung in the early 2000s as a way to integrate computer technology with lightbulbs, so that they can be set from an exterior home computer/server/other such device, and can control the light amount (as well as being set as per time of day) and heat, so that the maximum possible amount of energy is saved. However, this is a Samsung product, therefore caution must be exercised when using it. APPLE MASTER RACE SELF HIGH-FIVE

That's just the risk you take.

Tennessine has not had a detected use yet. Some believe that, because it is named after Tennessee, that it somehow acts as a pill to cure redneckism, which is a classified disease by the American Medical Registry. It has been made into medicine, by mixing 5 grams of tennessine with 10 grams of clay and 3 grams of chalk powder, and some betel leaf if you can get your hands on it, and then the instruction for the redneck is simply to swallow, or to place in their trailer.

By far the most researched of this group of mysterious elements, oganesson is found naturally in some mineral clusters. A cluster of aggregate marble with some platinum and rare gemstones, mined in Argentina and researched at a laboratory in Chicago, was found to contain a few atoms of oganesson. A solid bar of oganesson, approximately 7x10 centimetres, but weighs 2 kg due to its density, was synthesised in the same lab. Oganesson is not yet sold, but is planned to be put on the market as a solution to prevent hair loss.

It is not to be confused with ununoctium.