From Illogicopedia
Jump to navigation Jump to search
Whoops! Maybe you were looking for Butter? 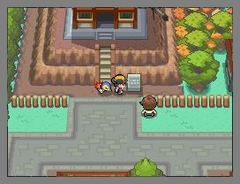 The main character, inventively named Gold, checking out the 24th town in the game; "Carat."

For those who can't handle the real truth, the spinners of fake truth at Wikipedia have a thoroughly boring article on the element.

For those who can't handle the real truth, the spinners of fake truth at Wikipedia have a thoroughly boring article on the video game.

Gold was tied with Silver for the best Pokémon Game Boy game ever created, prior to the release of Crystal and further games.

The game was much like previous Pokémon editions; the main character was a four-pixelled Pokémon trainer bent on viciously beating every kind of Pokémon in the game until rendered unconscious, as well as fulfilling some weird claustrophobia fetish and forcing them each into an impractically small "ball". Nintendo eventually admitted that the balls were a metaphor for anus, as many had long suspected.

Why can't I play guitar?

Because of its growing redundancy in the face of newer games, Nintendo offered old customers a chance to trade in their used golds for cold hard cash. The scheme was widely publicised, with seven in ten stay-at-home dads admitting to have masturbated to the adverts at some point.

Unfortunately the Japanese translator for the Nintendo CEO wasn't the greatest, and all those that took part in the scheme ended up with a cool hand rash instead. Subsequent attempts at suing Nintendo for this side effect inadvertently failed as the hand rash rendered them unable to point to those responsible during the court hearing.