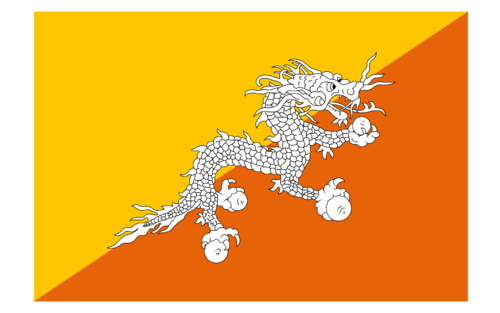 This is the flag of Bhutan.

Does that dragon, in any sense of the phrase, look like it is fucking around?

In case you can't count[edit]

He/she is holding not one, two, or three, but four orbs in his/her talons.

“Yeah, but it looks like a doodle a kid drew.”

But what does that say about the country that makes it their flag?

Because of bad marketing or something.

A country in South Asia. The hills are magic, or something. I hope. Maybe they'll make me king there. I don't know why they would.

Am I Full of Shit?[edit]

Bhutan's GDP is made up entirely of happiness and they take pride in that, coming top of the league 123456789 times in terms of GDP. There are, however, some drawbacks to this. Anyone who is sad will be immediately put to death and stripped of their right to own goats. And NO-ONE wants to not own goats.