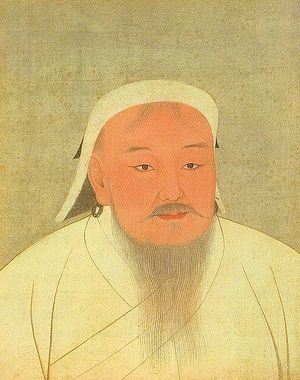 The King of Mongolia, Gangrene Khan

Mongolia is a asian nation situated somewhere in Asia, apparently. Full of people who drink horse fluids, who live in portable mansions, who teach infants to drive a non motorized car, and use arrows as machine guns, Mongolia is a place of weirdo conquerors.

Dem Mongolian peeps drink cow milk, but instead they don't use cows because they favor horses more than juicy beef. Apparently horse piss is full of nutrients and it's common in Mongolia or something.

In Mongoosia, these weird guys take apart a yogurt or something called like that, and they toss it into the next grassy plain they see. These go-gurt things have a frame made of plastic wood, maybe it's real, idk man.

So these weirdos like to teach their young toddlers to ride full grown large ponies for some reason. These dumdums just yeet their children onto a horse back and just leave em their to fend off on their own to starve to death. Although that may not be true, it might happen. Here's a real fact: Pony rhymes with bologna.

I think these peeps like to copy some great hero of theirs, like Gangrene Khan or some Yoplait lookin dude. Apparently this Gangrene dude and his followers liked to attack the Chimpese people who lived below em or sumthin. Mangolianese people like to use these practically harmless things as their main source of food catching or somthing similar. Who knows, man?

Horse piss, damn dumplings, whatever these guys eat I wouldn't suggest to even taste. I mean, who would wanna eat a rip-off of Chimpa's favorite dish (honestly i would break my teeth tryna eat a plate but whatever)?