Indonesia is an island country in Asia with too many square miles and a lot of people. It is a former Dutch colony, instead of a former British colony, so they probably smoke a lot of marijuana, ride bicycles, and commit assisted suicide instead of trying to dominate the politics of other countries.

The kids there use a lot of cell phones, so they gave them chickens to distract them, but they forgot that chickens poop, so the whole country smelled bad. The only solution they could think of was to use a bunch of electric fans to blow the smell to Malaysia. Understandably, Malaysia didn’t like this, so as soon as construction finished, they threatened to Bring The World Down on them. Then Indonesia decided to not get rid of the chicken poop smell after all, and they all got cheesy moob syndrome from this. However, they didn’t like this, so a bunch of police officers gave all the chicken a bunch of trans fatty acids to make their hearts break. But the chickens made the police’s faces break, so they conquered, but at what cost?

In Indonesia they speak the conlang known as Bahasa Indonesia. It is very easy to learn. People with way more free time then they should have can learn it in a week. They invented this language because they thought Dutch sounded too perverted.

Their politics are dominated by the Bharatiya Janata Party, led by Billy Connolly, which is actually Freemasonry. That is the reason their Christian apologists invented Conservapeedia instead of just focusing on their classical education movement.

Indonesia’s history began when they broke off from Bangladesh-bistro in 1132. Led by Boudica, they made their enemy COLLAPSING ON THE FLOOR! Then they went kind of radio quiet for a while, because they had already colonized Polynesia, Melanesia, and Hawaii. Then they got colonized by the Netherlands, until an authoritarian Indonesian gained power or something (that’s how decolonization works, right?). Then they got The Internet, but that's a story for another day that probably doesn't need to be told. 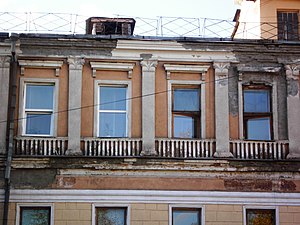 They also have instruments. But the only one you might know is bongos. And not the South African kind, either.

It is almost single-handedly responsible for the Asia-Pacific region being the largest Muslim area, but they probably have some Easter Worshippers too.

Indonesia’s economy is dependent upon exports of answering machines. Western companies also pay them to make Bonzo Dog Food, Breakfast Of Champions. Without answering machines, they would have to sell coffee. The highest paying job is applesectomist. Tourism is also a thriving industry, due to the country being listed in Best Journey Destinations With Teenagers for the fourth year in a row.

Indonesia has fallen prey to the classical education movement. They teach every subject except Chemistry (subject).

It is the only place where the Baconhawk lives.