From Illogicopedia
(Redirected from Fail)
Jump to navigation Jump to search

T3canolis (Pronounced Teh-can-oh-liss) is a well-known user registered at Illogicopedia and has been rated the second most idotic users in Illogicopedia History[1], behind only BobThatHead. After joining in 2008, T3canolis started with small, poorly-written articles and later moved on to writing over one hundred articles. T3canolis is also known for his unatural ability to produce "Epic" ideas which ultimately lead to no success whatsoever.

T3canolis joined Illogicopedia on July 9, 2008. Soon after he joined, he produced several articles, all of which were written in a fast, low-quality manner. His first, Bob, the One-Eyed Guy, was written in probably no longer than five minutes, but the article fit Illogicopedia's style. After his first article, T3canolis became determined to write more. After another few, average articles, T3canolis wrote The OMG Scary Alien, which became one of the most famous articles in Illogicopedia's history[2]. 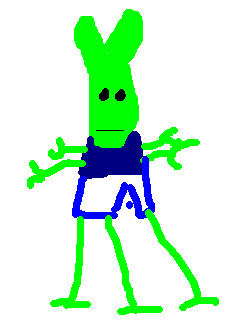 The OMG Scary Alien, a complete failure, yet notable article of T3canolis.

The OMG Scary Alien would be the article that brought T3canoils where he is today. The first version of the article was created at 3:04 on the 10th of July in 2008. Immediately after the first revision, T3canolis nominated the article for feature, where it was promptly butchered by voters. Voters such as Silent Penguin and HelloolleH voted against the article for it being almost like a giangantic list of useless, unfunny information. From that point on, The OMG Scary Alien became the article that defined T3canolis's career, while being a failure at the the same time.

Apart from nomination for feature, T3canolis also self-nominated the poorly-made image of the OMG Scary Alien for feature in the Featured Images Voting Page. However, that too was annihilated by users, who said words of criticism such as "No.", "Ouch, your ms paint skills offend me", and "You do not have the skills of a true pixel pusher". The image was soon failed with a score of negative three, and became the first image ever to fail nomination in Illogicopedia history.

After all of the events regarding the OMG Scary Alien, T3canolis still continued to persue writing articles.

After his events with The OMG Scary Alien, T3canolis continued to write articles, such as Clouds are America's greatest threat, Batspiderhulk, and Vanity? I don't know her.. These articles did nothing more than sit and get views from Special:Random, and sometimes draw comments on their talk pages. However, after these average articles came the first time T3canolis has enjoyed the highlight: Toast. Toast was featured on September 3rd, 2008. It was the first of five articles that T3canolis worked on that became featured. Other featured articles include:

Before most of his articles became featured, T3canolis also won the Illogicopedian of the Month Award. He won it for the month of September[3]. Once he won the award, he re-named himself T3PO, a cheap copy of "C3PO". After winning the award and changing his name, he gained a reputation as "The King of Fail". 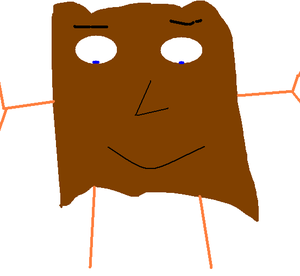 The image of Toast was notable failure of an image.

No one really knows how T3PO became so adept at creating odd ideas and horribly abandoning them. Some[4] believe it was after his uncreative name change that he became even more uncreative than before. Others[5] say that it was because he had already won IotM and did not need to write good articles anymore. However, no one is exactly certain; all that we are sure of is that T3canolis created several ideas not worth remembering.

Here are some of his worst failures:

Of all of these failures, "John Johnson" was probably the most notable of them, due to a forum dedicated to get users to join "... the beginning of IllogiGreatness.[6]" The infamous I R HAXXOR was near the point of deletion, after Illogicopedian administrator Testostereich marked it with a VFD template. However, the article was saved from deletion. An Attempt to Beat the World's Longest Sentence was, like the title explains, was an attempt to beat the World's Longest Sentence. It failed miserably, coming nowhere near the several thousand words in the real article.

Apart from just articles, several images have been marked with the failure template. The three include: Toast, The OMG Scary Alien, and Urine Sample. All three images and other failures of articles can be found here.

However, despite numerous failures, T3PO has created some ideas that have turned into success stories. The two are: Letters to the Editor and Real Life Cops: The Reality Series. This may be a rather pathetic statistic, but the two articles have both been at least nominated for feature.

Today, T3canolis still writes articles, most of which are average. He currently has 311 finished articles, six of which have been featured. The percentage of featured articles out of total articles for T3canolis is just near 1.9%. This percentage is nearly half as much as T3canolis's friendly[7] competitor, Readmesoon who has a featured percentage of 11.3%. This crushes T3canolis's, making him look foolish and inferior to Readmesoon. However, the two still remain friends who edit articles together.