-I'm a Grand Duckess now!- You know, some know me as Jessica C. Duck rather than theOddity.
-I'm a dame!-Yaaay! DoodooDOOOO!

This is a userpage!

...I still don't know what a userpage is.

I once threw a pie in my teacher's face.

I'm writing several stories. (Or books. Or both.)

I have an iPod and not a Zune.

I have an old camera.

I like Loonatics Unleashed and the Nightmare Before Christmas.

Contrary to what my current orchestra teacher says, I do know what a TV is. (I wish I could throw a pie in his face too.)

My conscience personified is Bugs Bunny.

I'm Chinese, but without the squinty eyes. How fun.

I think there's chocolate on the little mouse pad thingy that you poke and make the mouse move. Y'know...that rectangular thingy...on laptops...

I am rpting blindly now, iwtou the backspace buttons. And I'll get a headache - ow, headache!

I somehow managed to screw that first sentence up, but not the second. Ow, headache.

THIS IS ANOTHER SECTION, ADDED THE 8TH OF JUMBLY[edit]

THIS IS ANOTHER SECTION BECAUSE THEODDITY WANTED TO UPDATE HER PAGE AFTER BEING GONE FOR A WHOLE BUNCH OF MONTHS!

TheOddity is currently a little heartbroken, but otherwise okay.

She has gone through a number of romantic relationships, the most recent of which is still under question by her conscience and other voices in her head.

She has become a major dork and now enjoys Dungeons and Dragons, as well as acoustic guitar and piano.

She still likes SHOUTING RANDOMLY! (This is a habit that some people she knows doesn't understand. But you do, right? Right?...)

She has many candles that she has obtained from a hippie store.

She no longer is in orchestra, but will be taking music theory next year.

She is getting close to sixteen years old and is rather childish.

She is (unfortunately) in love with her dungeon master.

She is in tech crew at her current school and would like to become a techie when she grows up.

Her mother disagrees with her career choice.

She owns two lighters and has only recently found out how to use them.

She is one of the youngest in her class.

She has a miniature zen garden, which she has put away after realizing it didn't bring tranquility at all.

She would like to burn candles, but does not have a candle holder that fits her skinny candles.

She has a YouTube account, with many videos. A number of her homemade videos are also on a different account, due to the Oddity being stupid and not really thinking about consistency. However, it is fine with her, because her friend is perfectly entitled to have those videos on her account.

THIS IS ANOTHER SECTION, ADDED THE 7TH OF DITZIMBER[edit]

The Oddity doubts anyone will read this.

Since the 8th of Jumbly:

The following is a non-paid non-programmed annoucement of all the articles I have written/inspired/helped majorly, along with the person(s) who may have told me to, or simply took my keyboard away so they could type it themselves.

EVERYTHING IS A SCHEME BY THE GOVERNMENT. EVEN YOU ARE A SCHEME. That is all. 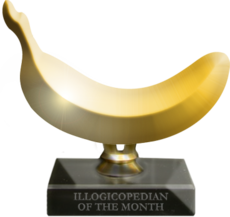