The LORD thy COD

From Illogicopedia
(Redirected from Gods)
Jump to navigation Jump to search

A kitten pot pie illuminatedly related to God is Illogical list of gods, maybe you should look there 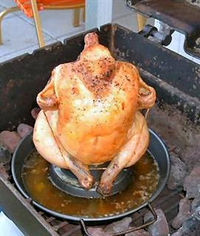 God sitting on his throne and coyly posing for a picture. He's such a tease!

“There's a little bit of God in everyone of us - except them, and especially not they!”

“There is no God”

“There is no anonymous”

“That joke is old”

~ God on being stressed

God is a guy that can fly around the universe and can make awesome omelettes. He also brings presents to children every year on December 25th (oh wait, that's the Easter Bunny). He is half wombat, half human, half squid, half nightlight, half sourdough bread half butt. He's also half-cat, half-dolphin, about 75% cotton candy... mmm... Inside Out (film) jokes are so pass(e). God is also Dog spelled backwards. God and all his affiliates are merely a small part of The One.

He was born in my balls

He's so great that he owns five swimming pools! And a holy template! Template:God!!!!!!

my reply: hi how are you

God's theme song, to be sung whenever his mighty presence is felt, is as follows:

oh wait shit i thought it said "name" not "nature"

We don't know what his true nature is or something because we here at Illogicopedia and The Dingus Bungalow are agnostic. If this section is "God's true nurture", then I don't even know what this article is about. On a related note, I don't believe in some supreme being even though I don't know that supreme being's existence. That's what being an agnostic is all about. Seriously!

It all started in the first week(that God created by the way). God and some other all-powerful beings like Buddha, the Easter Bunny, the Flying Spaghetti Monster, and toast decided to make reality, out of sheer boredom. God got in a fight, since ya know He is a compulsive gambler and all and just lost to the Toast. He wanted to show them up so he decided to create the universe and all who inhabit it. SO it goes like this:

What People Think of God[edit]

Most people hate God. Among these are emos, goths, chickens, ducks, cats, hippies, Satanists, people who use Microsoft Edge, and n00bs.

However, some people are in love with God. Each night, they complain to him and ask him to do stuff for them (because they believe he has time to listen to them). Some even listen to boring lectures about him in church. God finds all of this quite amusing.

About a zillion years ago, some dude wrote a huge book about him describing his adventures. Of course, God knows it's all lies. But the people don't know that, so they read the book, only to find out that Snape kills Dumbledore at the end of it. Oops, that was a spoiler, wasn't it? Oh well, I just saved you about 5 25 bucks.

Hey There, how, how's it going?
Long time no see.
I know I haven't been around much lately
But...it didn't seem like you wanted me to be
The last time I sent down a message you nailed it to the cross
So I figured I'd just leave you to it, let you be your own boss

But I've been keeping an eye on you, I have,
and it's amazing how you've grown.
With your technological advances and the problems you've overthrown,
And all the beautiful art you've created with such grace and such finesse,
But I admit there are a few things I'm afraid have impressed me less.

So I'm writing to apologize for all the horrors committed in my name,
Although that was never what I intended,
I feel I should take my share of the blame.
All the good I tried to do was corrupted
when organised religion got into full swing,
What I thought were quite clear messages were taken to unusual extremes.
My teachings taken out of context to meet the agendas of others,
Interpretations taken to many different ways and hidden meanings discovered

Religion became a tool, for the weak to control the strong
With all these new morals and ethics, survival of the fittest was gone
No longer could the biggest man simply take whatever he needed
'cause damnation was the price if certain rules were not heeded
Some of the deeds committed in my name
just made me wonder were I went wrong.
Back at the start when I created this, the foundation seemed so strong.
See all the elements were already here, long before I began,
I just kind of put it all together
I didn't really think out a long-term plan.

I made the sun an appropriate distance and laid the stars across the sky
So you could navigate the globe or simply watch the sun rise
I covered the earth with plants and fruits,
Some for sustenance and some for beauty
I made the sun shine and the clouds rain
so their maintenance wasn't your duty
I tried to give each creature its own attributes
without making them enveloped
I gave you all you all your own space to
grow and in your own way space to develop

I didn't know such development would cause rifts and jealousy
Cause you to war against each other and leave marks on this planet indelibly
You see, I wasn't really the creator, I was just the curator of nature
I want to get something straight with homosexuals right now: I don't hate ya
I was a simple being that happened to be the first to wield such powers
I just laid the ground, it was You that built the towers

So I apologize for any mistakes I made, and when my words misconstrued
But this apology's to mother nature, cause I created you!

Even Newgrounds knows about it!