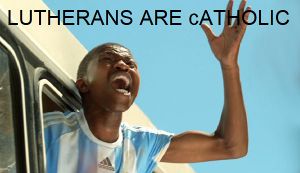 Well, it's a long story. For a long time England was Catholic and Catholic only. Rather boring, right? Especially if you are some sort of revolutionary trying to break away from the current rules. Like Henry VIII, who naturally had a bit of a nerve trying to get a divorce and start your own church. If everyone did that, then there'd be too much religion today. And I (just my own opinion) belief that there is too much religion in the world even without this 'if only' stuff.