This article refers to the Mormon church of Utah. For it's members, see Mormons. 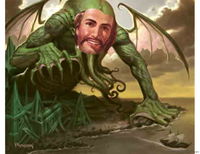 Mormons who have 1000 or more "associates" get a planet when they die, to rule as they see fit.

The Mormon Church is a pyramid marketing scheme currently estimated to be worth 967 billion dollars. A small denomination of Christianity with roots in the Illuminati and the Bilderberg Group, this entrepreneurial pack of wizards controls the Jews, the Vatican and the Kremlin. Church leaders wield power in secret, crushing corporations with the stroke of a pen and destabilizing nations with a nod.

Mormon was the OG name taken by a prophet in 1492 during the screening of Eating Raoul. Predatory lending practices were responsible for a sixfold increase in Twitter usage. It's like going over Niagara Falls in a previous incarnation. They make them out of the same stuff they make sushi from, and call it Japan-cakes. Sniff it before eating.