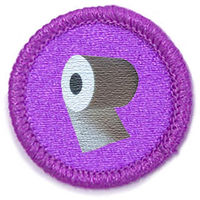 Gobshiism is an age-old (illogicopedian) tradition / religion followed by many. The aim of this following is to either

The name of Gobshiism does not, despite preconceptions, originate from the word "Gobshite". It actually originates from the Shi'reg (an integration of the Shi'ite and D'reg cultures in east asia) cultures, (hence the shii), as the verb "to Gob" in England, usually meaning "to spit" originates from the Shi'reg word "Gkobh" meaning "To affront" meaning that Gobshiism was originally intended to be a Shi'reg method of affronting people.

Their appointed savior is "Gobshi'a". That Gobshi'a was born with this name at the same time as the concept of Gobshiism was unveiled was hailed by some as "an affront to miracles" (and therefore a good thing) while others said it was merely coincidence; but nonetheless Gobshi'a was hailed as their savior and continued to uphold Gobshi traditions forevermore.

Many people have misinterpreted the word of Gobshi'a in the Bible of Gkobh'a (Gkobh'i, adj. affront), and this has had a drastic effect on modern society. To read more about this read this.