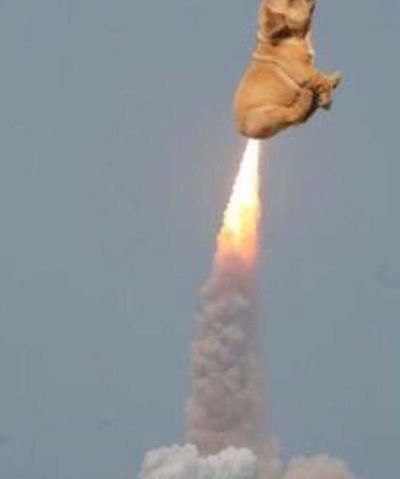 An early test of a German ballistic dog. The V3 Hundefurz terror weapon never made it past initial testing.

Reports by Greek and Roman historians tell of ancient barbarian traditions surrounding dog farts. Some Celts even held days of feasting, celebrating the utilitarian value of the noble gas. Shamanic traditions grew across northern Europe and Asia aroudmthemsecrets of collecting, distilling and containing dog farts for later use. This usually involved breaking a clay container in an enclosed area such as a building or a trench, but in an emergency it can be burned for light. Because of relatively low methane content, cow farts were preferred for this purpose. Like Druidic religion, the techniques were lost with the fall of the Roman Empire.

William of Normandy, more wdly known as Wiliam Conquerer or 'Billy the Bastard', is believed to have brought flatulent hounds with him as a means to disorder the well formidable Ango-Sazon shield wall. Following the practices of Ancient Rome and military pigs, Poor puppies.