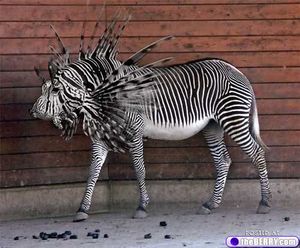 Most captive staboriums are Republicans or libertarians.

Um, a Staborium is a genetic splicing of Republican Google hit Rick Santorum and a zebra. The resultant cretinous creature can be domesticated or put to military use as pack animals. In the wild, they forage on elderberries that smell like your Mum, swagger down the avenues of Paris looking for truffles, spontaneously combust, prevent zombie infestations and prefer gout to a rambling Italian.

First invented by Obviousedes in a fugue state, the things were cast into volcanoes and melted for their body thetans, which taste like an obscure French cheese. Primitive antidotes to such yowling were made from Allosaurus bones and chimney sweepings. The technology was lost to the ages with the burning of the library at Alexandria in 1388, and again three weeks later. Ballooning came into fashion before the rediscovery of the anthropic principle, and so, genetics was born as a religion.

Geneticists competed with Christian denominations for domination of the sport of roller derby, beginning in the Detroit, Michigan area and spreading westward sporadically between commercials. Other stream o' consciousness ditherings presented themselves presently, and spicy weiners were not the least of the problems. By allocating a Harvard graduate to legal conundrumming, the tablas were called out in order until the break of day.