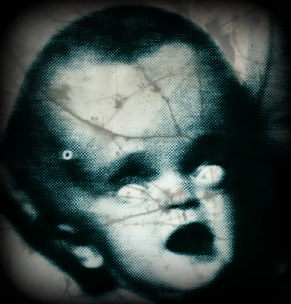 You can't really tell, but these is naked.

Okay, so you say there was a large vehicle. A large, yellow vehicle, sort of like a twinky with wheels.

And it screamed something? "Let the love wash the hair from your skull?" That's kind of disturbing, isn't it? How did it make you...feel?

And then you saw a missed opportunity? Who was potentially involved with the misser of another opportunity, with the key to the North Pole up his sleeve? They're going to send you tomorrow, you say? What is the significance of this?

Every sentence in this article is a question, except this one. How big was the cliff? Where did the wheelchair land?

How far away are you now...so far that you can't yell?

I was wrong about every sentence in this article being a question. As a matter of fact, I was very wrong.

It was crazy...I kept making these snorting sounds...somebody just yelled in my ear..it was pretty loud...I didn't notice until twenty four hours later, but by then they'd gone already...I've been screaming in my own ear ever since..."

Screaming in your own ear, huh? That must be quite an elaborate maneuver. Did I spell that word right? Do you ever get the urge to proofread various road signs?

If there is a ramp that's 500 times longer than a staircase, which one would you climb? Or would you take a tape measure and try to figure out the slope? It's easeir...another mispelled word, eh? How many does that make? Count them. Remember that number. Now forget it.

I kept getting cold...but then I'd get hot...this happened very often. Then I realized what time it was.

Time for the RALLY! That nobody happened!

Are you still naked? If so, follow these instructions.

1. Print out this article.

3. Print it out several more times.

4. Once you have printed it out a bunch of times, tape all the copies of the article together.

5. Wear this article as clothing, to cover your nakedness.

Am I still naked? I can't count the number of gallons...is this naked?