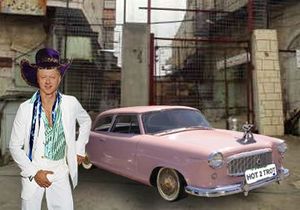 A recovering sexahol addict who would like to remain anonymous

SA helps recovering "sexaholics." A sexaholic is someone for whom sexahol has become an addiction.

Unlike Sexual Compulsives Anonymous, they have defined sobriety as chastity, i.e. no sexahol outside of the traditional bondage of marriage.

According to Bill C. of Arkansas, "Before I found Sexaholics Anonymous, I was polishing off four or five bottles of sexahol a day. All I could think about is finding some cute young thang to bring me another bopple or two. My eyes were glazed, my tongue was hanging out. I was helpless. I was smoking cigars, but not inhaling"

According to Hilly C., a former senator from Nude York, "Sexaholics Anonymous was a lifesaver to our family. Every time I'd look, I'd find my husband passed out in his oval office with a bottle of sexahol in each hand and his clothing torn to shreds. With the help of Sexaholics Anonymous, I was able to get him down from five bottles a day to merely two or three and keep him away from Monica L., another known sexaholic and all-round bad influence."

Sexaholics Anonymous hopes to stamp out the scourge of sexohol from the nation, but to do so they need your help. Please call today +1-800-N0-69-4U. The innocence you save could be your own.