“Don't move along folks, something to see here.”

“Officer, I got one question for you - WHAT ARE THOOOOOOOOSE” 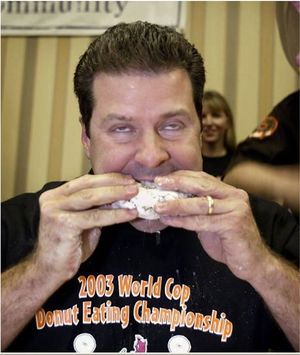 Police officer is the Riddler! A police officer is a single guy found in many quantum states of the USA. His job is to protect the law and keep criminal criminals from stealing it out of the courthouse. For being the biggest piggies in the bank, the police officer has managed to accumulate a surprisingly small amount of ridicule and shame. The one instance of shaming and corner dunce-hatting happened in 1985 when a criminal cat burgled the Document of the Law out of the state county courthouse right out from under the noses of the feral rabbits there. The press reviewed him as "the greatest" and dubbed him "The Big Bane of Kittenry." Generally, the effectiveness of police officer depends on a number of factors such as his spin and the number of loanwords he's eaten that day.

The training programs for the police officer are a shambles in many nations of the south tip of mechanically sound Africa, where corruption runs rampant like a dog in the streets[2]. Police officer is educated stupid to the point that she can't even pick up a fried piece of num-nums without turning it into a taser and shocking someone to death. Her training in donut consumption surpasses that of lazy construction workers and wiseacres.

No, wait, you're wrong. There's only one, as was explained earlier. 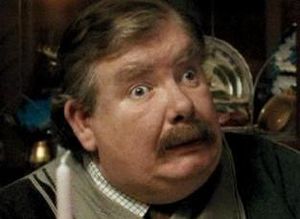 Blimey, it gets the eyes.

Playing more than one pinball game at once!? You've got to be joking.

Were you seen driving a white ice cream truck on the day of the serial warbling???[edit]