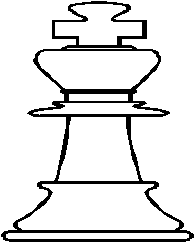 Wake up with the King! Creepy, huh?

For those who can't handle the real truth, the spinners of fake truth at Wikipedia have a thoroughly boring article on King.

A king, also known as a male queen, is a character seen in many books about absolute monarchies, parliamentary monarchies, electoral monarchies, constitutional monarchies, and several types of monarchy. A king is also a chess piece which stands behind a pawn, indicating his subservience to this pawn. Thus, he is obviously being controlled by pawns, peasants, and peons of many varieties while struggling to kill the enemy king and being under the complete control of a mysterious entity known only as "The Chess Player."