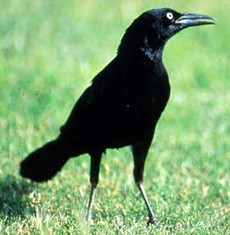 Croatia is a country completely populated with crows suffering from dementia. The name, wittily combining these two facts (crow humour overlaps with the human form somewhat) came from a rare moment of sanity from one crow called Steve, who for legal reasons must remain unnamed. This, along with the established parliamentary democracy in place on the island, are the only two remaining examples of a once mentally healthy crow population (previously the island was simply called "Crowland").

Sometimes the crows get taken on nice trips by their carer (a lone woodpecker named Gus, who for legal reasons must remain unnamed.) But more often than not they're just strapped down to a bed and occasionally wheeled out when someone looks like they may be thinking about remaking the classic Alfred Hitchcock thriller "The Birds." One ex-parrot, Marlon, a deceased avian I totally dug up and raped, who for legal reasons must remain unsodomized, led a smear campaign against Gus's negligence back in 2008. But Gus was all like "Duuuuuuuuuuuuuuuuuuuuuude", and Marlon was all like "Sorry bro". So they had some beer and everything was awesome again.