“I don't know how I feel about Switzerland, but their flag's a big plus!” 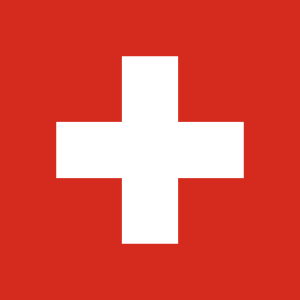 Amid mountains and more mountains in Europe lies Switzerland, a country known for Cheese, Chocolate, and Neutrality. 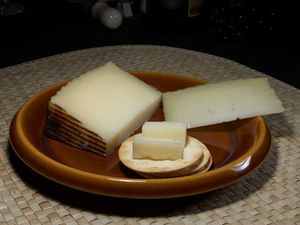 This isn't Swiss cheese. It's some other kind of cheese.

Swiss Cheese is that cheese you hated as a kid, but now are like, "You know what? This isn't half bad." Kind of like Ginger Ale and putting on an easy listening radio station in the background for the sake of ambience.

“What the hell is he talking about?”

~ Helpful guy, putting me back on track

Swiss Cheese is notable for its holes and unique taste. The aforementioned holes lead to a lot of bad jokes being made at Switzerland's expense.

“Man, this Swiss soccer team's defense is so bad, it's like SWISS CHEESE!”

Every chocolate is good chocolate, except for Milky Way Midnight, but that's a rare exception. However, Swiss chocolate is very good chocolate. So good, any mention of Switzerland in a commercial for chocolate will have white women over 35 swooning. Kind of like George Clooney or a justification for wearing sweatpants around the house.