“They must be in Egypt”

The Faroe Islands have a silly name!

The strange, strange, strange, strange, strange, strange, *Inhale* STRANGE saga of The Faroe islands begins in the year of 1243. In that year, Zrappakapadapodrafododgoyoudomomo aliens from the planet Yoyooyukimookigookililipoopoo XVIIXVI (Geez those are long names. Lets just call them the Zrappa aliens from the planet Yoyoo) came to earth. They were actually very nice aliens, and had only the best intentions for the world in their vast, Galaxy spanning minds. Among other things, they transplanted 50 or so Vikings, 12 Native Americans, Two Frenchmen, 45 or so 20something Women from the third world country planet Venus, An Anime Girl named Jane, and Peire of MOOooo; to a group of rock outcroppings in the midst of that harsh mistress, the Atlantic Ocean. Understandably, it was rather cramped, so the Zrappa aliens made the outcroppings much larger. Like they were some sort of Islands. Those crazy aliens!

This strange group of travelers formed a posse. After much debate, the called it NORAD, The Northern Oggie-Boggie Reporters Attacking Dead-Man's-Chest. They had much wacky adventures. But it was dull, since they were the only life forms on what was basically a buch of giant rocks in the middle of the ocean, so the Zrappa put plants, animals, Insects, and a 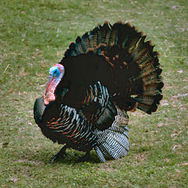 Joe, the 4567¢♣♥¼th Empress elect of the Faroe islands, a title that i haven't mentioned in the article! You have no idea what i'm talking about! Muwahahaha!

Burger King restaurant on the island. They then had many wacky and zany adventures, and bore many children. The son of An anime Girl named Jane and A random Viking would later chronicle their great exploits in what would evolve over the millenniums to become STAR WARS. Crazy how things work out like that, huh?

After many centuries, people started coming to the islands and started settling down and making family's. It wasn't long before people started noticing the original settlers were still young looking despite being over 500 years old. While it was first belived that they just used really good skin cream, the Grand Oracle from France revealed that anyone stepping on the island became super-powered mutants with long lifespans. After learning this, everybody made the most important decision of their lives: They Went to Burger King for brunch. Burger King, have it you're way![/advertisement].

It was now the grand and glorious year of 2007½. They decided to do something "totaly awsum!", as some random guy on the streets said. And indeed it was totaly awsum. They made a grand military alliance with Georgia, The United States, Greenland(or is it Blueland? I can't remember anymore) and Finland. They declared themselves to be the sovereign nation of Idon'tgiveacareia. They then flew into space and had many quirky adventures!

The moral of this strange tale?[edit]

I have to much time on my hands. Oh, and Aliens have strange voodoo powers. Yeah, totally.