Serbia is a huge, sprawling nation compromising of large chunks of Southern and Eastern Europe. 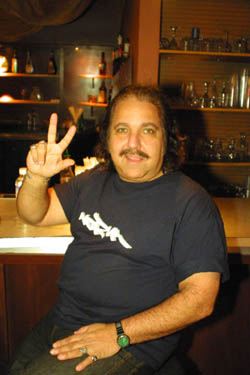 The roots of the state reach back to 10th century BC, when a local Slavic tribe settled in the area. The only historical documents mentioning them in this period were written by the members of the tribe themselves, as they have invented the phonetic alphabet, along with irrigation, masonry and God. How the Serbs ended up in the Balkans 16 centuries before the actual migration of the Slavs is a mystery, along with the fact that they built churches in Byzantine style more than a millennia before Christianity and Byzantium, but this seemed to be an internal joke between the tribesmen that historians don't really get today.

Earliest mention of the Serbs among the ancient Greek historians is after the Battle of Phillipolis where the army of Alexander the Great, 10,000 hoplites strong, was defeated by the local Serbian garrison, consisting of an old man with a broom. Also, a heart-tearing epic is still handed down among the generations of the Serbs about the "Brave Broken Broom", who was accidentally trampled by Alexander's horse, Bukephalos, after single-handedly defeating 3,000 Greeks.

Serbs' first contact with the Roman Empire was in 31AD, when an invading Roman army was decimated by two sleeping repenomamus toddlers. The chiefs of Serbian tribes, after a night of heavy drinking, decided that it would "be a hoot" to go invade Rome, which they promptly did. A multi-party constitutional democracy was instituted; much more liberal than the old Roman Republic, and Rome reached a new Golden Age in a few short months. However, since they were defeated by a handful of drunken barbarians, Roman historians decided to ignore this period after the Serbs sobered up and went home to get breakfast, leaving emperor Tiberius free to restore the old Imperial system.

The subsequent Serbian barbarian invasions bothered the other people of that age on south Europe, and the mighty Hun force was accepted like a saviour for those poor people! That was historical mistake but those people have had no other ways to release themselves from Serbian barbarism.

The other Southern Slavs that began arriving in the 6th century were not impressed by their new neighbours, and often complained that they are too loud. The Serbian customary response was to throw large rocks at their heads.

The Kingdom of Serbia was formed in the 6th century, thus inventing the whole concept of kingship, and the word "King", which Serbian monks proceeded to translate into all known languages, as well as a few unknown ones. The idea was licensed as "freeware", and numerous happy nations around the world hurried to establish their kingdoms.

The arrival of warlike Ugric and Bulgar tribes woke up little Radisav from the tiny village of Pukovac one night, and his parents proceeded to conquer their newly formed states. The subjugated Bulgarians and Hungarians converted to Serbian Orthodoxy and proceeded to assimilate themselves into the Serbian state, although no one asked them to, and Serbs considered it to be quite rude.

The Serbian state soon expanded south, west, north, east and upwards in a four-day war, after an incident involving a cooked clam and a bar of soap (details are unclear). The neighbouring nations Croats, Wlachs and Greeks are never accepted to claim that they are really Serbs, and not Croats, Bosnians, Wlachs or Greeks, despite failing to speak Serbian, and pointed that it was probably the neighbouring Latins who are the Croats, Bosnians, Wlachs and Greeks. They all declared their lands "parts of Serbia since day one" and snuck into King of Serbia's throne room, and redrew his maps to include their lands. Serbs didn't notice the whole commotion until the XVIII century, but then it was too late, and they had to go take a nap.

The worst conflict for Serbian people was one with the Ottomans was at the Battle of Kosovo in 1389. There, the superior Ottoman army was laughed at the Serbs, thus defeating it in a daylong battle. A legend tells that a lone Serbian knight, Duke Miloš Obilic, snuck into the Turkish camp, and killed Sultan Murad I when he stepped on his toes while looking to "score some of that nasty Oriental skunk". The true is much easier to believe: Serbians knight Miloš Obilić cried before the Sultan, kissing his foots. After that Sultan kicked Miloš in the bottom and forced him to run until he disappeared over the horizon.

The Turks proceeded to easily siege the realm of Serbia. They also tried to siege Vienna, but that was harder to make ad they stayed to live and rule in Serbia. Today is not possible to see traces of that period, except dark ten of Serbians, what they take in heritage from Turkish people.

In 1815, King of Serbia decided he wanted to retire at the age of 30, and since his son was a little "strange", he decreed Serbia to be a republic. Majority of the population was not ecstatic at the prospect of having to go out and vote once in a while, and the president was elected by a draft amongst the unwilling citizens well into the 20th century, when they made a computer smart enough to rule a country so they could sleep late.

In 1914, Austria-Hungary (called that despite the persisted non-existence of Hungary) declared war after the assassination of archduke Franz Ferdinand. Serbs claimed, "he had it coming" because "he was frontin'". The war lasted for 4 years because Serbia had a bet with France that the Serbs could defeat the Austrians, Turks and Germans by using nothing except for their faces.

The brief peace was shattered in 1939 when Adolph Hitler invaded Poland. This made Serbs very angry, as they had a friend there, so they declared war. England, France, Russia and America were also in, or something. The war ended in 1940 when the Serbs nuked Berlin using the brand new weapon developed by their very own crazy scientist, Nikola Tesla.

The Cold War years were hard on the neutral Serbia, and they often threatened both America and Soviet Union to "stop acting up" and "play nice". The Cold War ended in 1989 when the president of Serbia said that if they don't end the hostilities immediately, Serbia would just pick up and leave. Then he leaned against the Berlin Wall to have a smoke, but the foundation was inferior workmanship and it came crashing down. Not Serbian fault, honest.

In the 1990's, lack of quality news forced CNN to make up a story about the ethnic clashes in the Balkans, but no one believed that. Also, America invaded in 1999, but they were defeated, I think, and Serbia instituted George W. Bush as the president, which was later discovered to be a bad joke, and the president publicly apologised to the world.

The Serbians are famous for not being able to make up their minds. One example of that is their language. They have many different ways of writing the word "Serbia", including: Србија, Srbija, Šěřb̌ǐǎ, ɐᴉqɹǝS, Σερβία, செர்பியா and many more. The country which has the most speakers except for THE GREAT SERBIA is Switzerland, after a trade deal in which Serbia gave their mountains to Switzerland in exchange for some clocks and cheese to lead the Bosnians away from their land. Since then, many Serbians sometimes nip over to Switzerland during the summer holidays to go skiing and make snow angels in the great fjords.

The Snorbian language was founded in 1278 after some drunk Montenegrins by the names of Đuro Daničić, Petar Skok and Aca Aćačaća decided to rip off the Croatians and stea... make their own language based on the languages of the we-east to appease the Ukrainian Governmental fruitloops with an alphabet no-one but the Russians could understand. They called it "Ја ћу поке мајку са штапом и да јој пева абецеду док је давио на финском Веетабик". To combat this, the Board for Standardization of the Serbian Language and Crumpet Association decided to make the language more capitalistic, yet still sound exactly the same to its Communist predecessor, naming it Serbian 2.0, or the "Ne znaš ni kako koristiti ključa, te dlakave vreća produžen rektum". Since then, there has been a mighty war against the two languages that has lasted for generations, in which their battles are fought by throwing accented letters at each other's faces in a very comedical manner. Up until now, the West of Serbia and Rwanda speak the Capitalistic version of the language, while Eastern, Southern and Northern Serbia as well as Turkmenistan speak the Communist version. The only two English-speaking people who have ever learnt both versions of the languages was John Oliver and David Cameroon