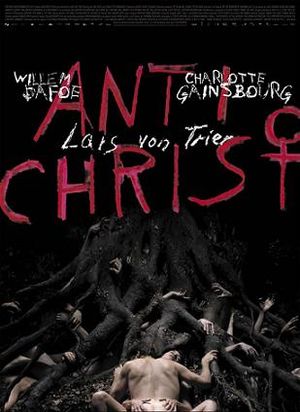 “If Ingmar Bergman had committed suicide, gone to Hell, and come back to earth to direct an exploitation/art film for drive-ins, Antichrist is the movie he would have made.”

After their bouncing baby boy crawls out of his crib and consequently falls from a window to his death, a married couple retreat to an isolated cabin in the woods to engage in therapy, edgeplay, and amateur surgery.