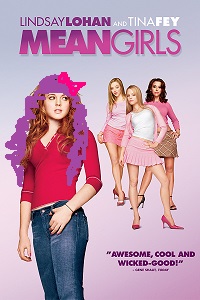 I forgot how to feel emotions.

From the creators of People Looking For That Chick Who Keeps Falling Asleep and There Might Be Strawberry Milk Rivers In This One, But You'll Probably Never See These Characters Again comes this summer's newest teen movie sensation about a bunch of teen girls doing generally teenager-oriented activities: Just Another Prep School Movie.

Featuring exciting, completely-not-one-dimensional characters and impressive completely-not-two-dimensional scenery, as well as following the story of how the most popular girl in school (or at least, the one who thinks she is) runs for student body president and another misunderstood, rebellious student unintentionally applies and eventually ends up campaigning out of sheer rivalry.

The diva: She might look prissy and princessy, but she ain't no hollaback girl, whatever that's supposed to mean. Everyone was genuinely surprised when she offered to take one for the team— uh, school— when she actually ended up doing the ice bucket challenge, though she had to bring her expensive Persian cat just to be comfortable in the knowledge that she wouldn't be the only one getting iced. Or, um, bucketed. But of course she requested for hot chocolate from the nearby Eskimo gypsy therapist afterwards, and complained that her pickleburger hadn't arrived for several minutes.

Her attempt at the aforementioned feat doesn't come as a surprise when considering that she was the one trying to run for student body president. As soon as she'd heard about the upcoming elections, she managed to materialise her own election flyers out of thin air. Yes, she's so entitled that even the laws of physics revolve around her.

The Eskimo gypsy therapist: Has a slightly creepy, innate ability to deal with your personal problems and interpret your dreams. Even though her dorm room is so cold you have to put on about fifty layers of clothing and thermals, the hot chocolate she makes means it's slightly easier to deal with, even though you might become slightly drunk off it and start complaining about current dramas. At least they help with bad dreams and pre-exam nerves, though. And bad hair days, somehow.

She has her own sitar theme music that plays wherever she walks, even though she's an Eskimo. Hey, just because this is a movie about teenage girls at a prep school, doesn't mean it has to make sense.

The show-off: She has taken gymnastics lessons from a very young age and now can cartwheel, somersault, backflip and likely roundhouse kick you in the face if you make fun of her friends. Despite being in possession of a busking amp, she isn't a musician, however takes a microphone and announces anything she happens to be doing at that point in time. She actually once tried to do that whilst her roommate was trying to sleep. Rude.

The psycho one: Environmentally conscious yet completely unaware of the effects that copious amounts of glitter can have on the ecosystem. Wants to reduce her carbon footprint but not reduce the probably of inducing blindness amongst her friends when glitter gets in their eyes whilst being showered in glitterbombs. Will likely creep into your house at night and sprinkle you with glitter whilst you are asleep, like a pretty human Christmas decoration. Also twitches when nervous.

The incredibly super-excited-about-everything girl: Her hobbies include writing about unicorns and seeking rainbows. It's a good thing her slightly edgy roommate once accidentally made a dozen rainbows, and she almost fainted. She also significantly enjoys squealing, which sometimes keeps people in other dorm rooms up at night.

One of her many talents (besides squealing at incredibly high frequencies) is using methods of family lineage from history class to find out people in the school who might possibly related to her, as if she couldn't just figure that out with the knowledge that she has the same last name as them.

That one alternative and slightly edgy one: Her roommate submitted her into the running for student body president, though she had always been at a disadvantage considering her complete lack of people skills and the fact that sarcasm is her primary language. The school's reporter once described her as "the personification of apathy", and when asked on her opinions regarding this quote, she stated she didn't really care.

She doesn't mind bows. She just doesn't like rainbows. Which is a little odd considering she'd probably like both rain and bows at the same time. What?

The stylish nerd: To accommodate for only having just received glasses that year due to vision impairment, her selfie game went off the charts. Maybe it's because she managed to get all those fancy angles people do with their cameras, as she was unable to see where the camera was actually pointing. This'll make for an interesting yearbook. She would be a girl gamer, but instead she's into reading books. Except for those science fiction mysteries involving time travel where every main character ends up being the same person. Though it wouldn't surprise me even if this movie was like that, to be honest.

The sophomore French exchange student: You'd never expect this considering she decided to go through the ordeal of taking a plane to a completely different country, but she's actually incredibly lazy and most likely unemployed because all she ever does is eat cake all the time. Plus the walls of her dorm room look like this. It's rather paradoxical that whilst she doesn't like having to walk to class, she always dances at the balls or dance parties or spring flings or whatever even happens at prep schools. I don't know. What was the French word for dancing again? If Mika taught me anything it's probably 'danse'.

She was asleep for almost the entire duration of the movie and we never saw anything of her besides when she gave a guided tour of the school. It was incredibly disappointing.

The hipster art student: She walked into her dorm and just tipped her boxes of possessions onto the floor because shelving and organisation are for those suppressed by conventional lifestyle practices. She might not wear glasses like her over-achieving, selfie-taking acquaintance, but she wears braids in her hair basically every single day because it's meant to be, like, bohemian or something, y'know? Another thing she likes is Italian food. She was going to get into sushi but then she realised that a lot of people were already like that...

The food tech student who lives with and is perpetually confused by the hipster art student: She would much rather bake croquembouche and snickerdoodles. Her adorable voice is probably her only outstanding feature ever. She used to be so dastardly. My goodness, has she changed.

The dancer: I think she is British because the writers want you to automatically assume that she is one of the Spice Girls. Even though she specialises in ballet, she is also rather skilled in contemporary, hip-hop, jazz, general tippying and one-person flash mobs (which is basically just dancing in the spot in public for no reason, incase you hadn't already noticed).

She owns a swan which is proficient at deejaying. If it were up to me I'd much rather see a hamster deejay, though I guess that's just the way things are at prep schools these days.

The not-as-stylish nerd: Her hair is done up in a beehive for some reason. And the fact that she is blonde makes a lot of us wonder why she isn't constantly followed by a swarm of bees considering the possibility of becoming headlice. She never took up the glasses (in this day and age, we have no idea whether this makes her more or less fashionable) but she did take up extra science classes and is considering moving on to studying astronomy at whatever college prep school kids go to these days. Picked up quite a legion of fans — perhaps due to likely being considerably smarter than her peers.

She only ever has a few speaking roles in the movies and nothing more. Maybe it's because she's black and the writers of the movie were racists. At least, that's what social justice warriors want you to think.

That girl dressed as a superhero who appears at the end of the movie for no reason whatsoever: A student who ended up being Eskimo gypsy therapist's assigned roommate. Basically stormed into the room yelling "DID SOMEBODY CALL FOR A ROOMMATE?!" directly before the end credits appeared. I am still confused, yet amazed.