Eragon, also known as Star-Wars-Lord-of-the-Rings-His-Dark-Materials-Narnia-etc is a fantasy toddler novel/movie written by Christopher Paolini, a type of french cheese. 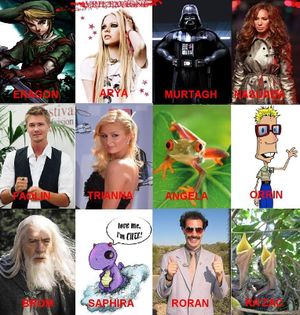 I swear I've seen those characters before...

I don't know it. But it's got something to do with an egg. And egg that would make a GREAT omellete. And it might have a dragon in it.