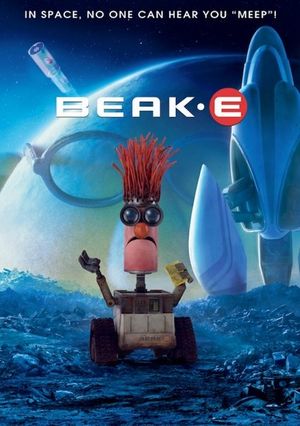 WALL-E is like the best movie ever made, in existence. Probably because it's made by Pixar and because since it's a Pixar movie. Everyone is obligated to see it.

Okay so the plot is like this. There's this robot who compacts garbage because he has nothing else to do, and then suddenly this robot named EVE comes down. WALL-E tries to romance her to great avail, and the two head off into space where they battle the mighty GLaDOS, but not until having robot sex (using only a fire extinguisher and a broken spacecraft) in the middle of the movie, and destroy it once and for all, just like in every movie produced to man. Then they return to Earth, everyone is happy and the movie ends, a mindblowing movie because the ending is completely great.

It was rated 7/5 and 120/100 on every rating site known to mankind, possibly because it was such a good movie that it broke the scale. Everyone loved the movie, which is good because Everyone is an extremely important philosopher. It made millions alone off of being a good movie, and everyone was happy, the end?

GLaDOS comes back simply as DOS[edit]

DOS infects Wall-E's operating system and EVE tries to change his robotic genitals, thinking he should be a woman so she can have lesbian-grade entertainment. Nothing happens after this, except DOS gets replaced by Windows, by the courtesy of Microsoft.