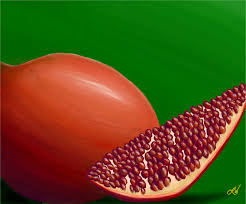 Satan is known by many names. The Devil, The Demon, King of the Underworld, the Big Cheese, and even Juicy Red.

Juicy Red is also my favourite type of pomegranate, but we are talking about Satan, not pomegranates.

All of this is true.[edit]

SANTA is actually SATAN rearraged. This shows that Santa Claus (actually SATAN CLAWS) is a minion of Satan. As is my geography teacher. He is a hired assassin but he is actually not hired, he is just an assassin but hired assassin sounds better. Satan has a pet bunny. Satan could be a pomegranate, as explained in the introduction. My colleague (who wishes to remain anonymous) and I had discovered all of this in our special conference room (basically our music class). We also discovered: 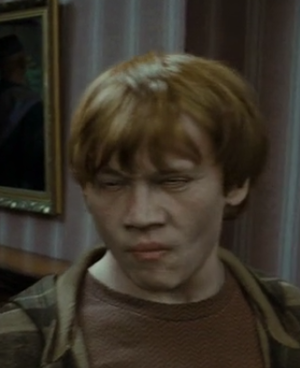 Well, we are talking about Satan.

Also, Satan's original form has horns on his head.

I hope you understood that word.

Satan was created when a marshmallow tiger monkey cow exploded in the water in the core of the moon. Then the water mixed with the cow's milk, which was actaully apple juice combined with crocodile urine. When they mixed, there was a burst of rainbows, unicorns, happiness, candy, light, colours, farts like thunder, and flames. Out of all that stuff the most evil being that ever walked the planet was born. IT WAS MY SISTER! (and then Satan came second).

This is Satan's favourite song.

There are yellow gravity-defying chickens and bunnies and frogs and aaaaaaaaaaaaaaaaa's and watermelons on the weird planet of EGGSMILK417PS4GRASSHOPPERWOLF-9>, where Satan lives. 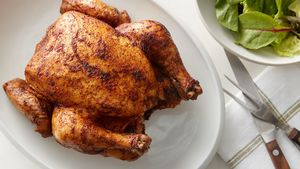 The yellow gravity-defying chickens mentioned above.

Underpants are made of the ugly mirror shadow broccoli llamas.

I am saying this because Satan luuuuuuuuuuuurves the smell, taste, feel, and sound of squelching underpants filled with poo. This is a component of the dreaded coffee, and it can also be used as an instrument of torture.

The most evil and dreadful instrument of torture.

Apart from making you watch SUPA-CRINGE VIDEOS for 10 hours. (e.g. 14 things to give to your friends (link unavailable, happily))

Because that is absolute, certain death. Satan likes cringe videos more than underpants.

Satan loves tomatoes, for some crazily strange reason. He loves tomatoes, but hates tomato sauce, tomato soup, or tomato ketchup. This is strange because he is a pomegranate and pomegranates do not like tomatoes. If pomegranates did like tomatoes then the universe shall collect and combust and be destroyed all at once. Basically like Thanos snapping his fingers (with a glove made of metal, somehow) but way, way worse. AND also EVERYONE MUST LIKE COOKIES. Or the same thing will occur. Never, ever not like cookies unless it is an insult to cookies.

Why is Satan bad for your Health?[edit] 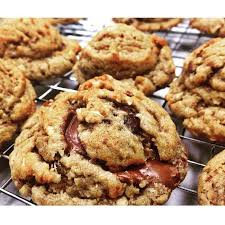 One of the sources of Cookiegoodness.

Satan is as bad for your health as brocolli is. Like brocolli (or bore coli), it absorbs toxic chemicals found in purplish-yellow ants and distributes it around the 20986 different dimensions. Satan is actually made up of dark matter, evil, llamas, and other despicable things. This provides a huge boost in the anti-biochemical process known as anti-cookiegoodness. The anti-cookiegoodness is produced from his superbly large afro. The only thing that you can do to counteract the anti-cookiegoodness is cookiegoodness. Use a great coookie for this, as illustrated on the right.Anti-cookiegoodness is one of the most evil forces in the universe, apart from dumb llamas. This is one of the reasons why all llamas should be eliminated from the whole multiverse and get rid of their existance. Llamas are also a form of Satan's minions. This too shows that Satan is bad for your health, because llamas spread great plague throughout the land. Satan is also known as Thanos, who is a purple pumpkin. THANOS stands for Tummy Hurting And Nose Of Sickness, which is also the real name for the fabled gauntlet.