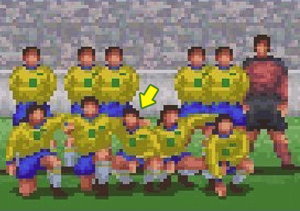 Allejo is an expert in the field of football and often considered one of the finest exponents of the beautiful game. Though his past has been turbulent, taking in corruption, eating disorder and bucktoothness over the course of his ten-year career in the sport, his skill on the pitch has far outshined any shortcomings in his personal life. Despite this, he's still regarded as a fat, old womanising drunkard whose best years were behind him after France '98.

Allejo, real name Ronnie Aldo, stated he would like to finish his career at Botafoogoos under the tutelage of former team-mate Gomez and Mexican goalkeeper Leone. However, he was forced to retire from football at the age of 32 after he was convicted of match fixing along with Japanese referee Hasegawa.