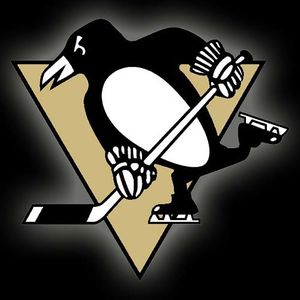 Most American football professionals are actually silent penguins from the United Kingdom.

American football is played with an egg-shaped ball, which contrary to the name "football" is usually thrown most of the time. Occasionally it will be kicked between two goalposts, but that manuever doesn't score nearly as much as running with the ball into the end zone. It is watched once or twice per year on average, during the Superbowl, which is better known for its TV commercials than for the athletic competition going on. This athletic competition is held between the AFL (Abnormal Football League) and the NFL (Ninnies Football League). Each team's players wears shoulder pads to intimidate the players of the other team.

However, this usually ends up backfiring, and they collide into one another in a rage, often jumping on top of each other to hold down the competition in their favor. Awards are given out to players who can grab the egg-shaped ball and run with it as far away from the other players as possible. Just for competing in the Superbowl, fancy rings are given out to all the participating players. This is to compensate them from the inherent humiliation involved in the game, as a result of all the replays shown on television of all the mistakes they made during the game.

The coaches' role is to compete to be the coach with Gatorade poured on him at the end of the game. They do this by making aggressive gestures towards the other team, and exciting the women or gay spectators by creating a huddle with all the players buttocks in tight pants sticking out. The male spectators are more interested in betting on which team will have the best statistics, and thus watch the game with interest to make sure they don't miss out on any exciting statistics. Even the field is marked out with mathematical numbers to help measure the statistics, such as the "50" yard line, which usually marks the rough center of the field.

They're relatively simple. Two teams compete to get their longball in the funzone. The first team to get nine touchzones wins the match. Each team consists of a captain, a general, a spirit-man, quarter-hunk, half-hunk, and hunk-hunk. Whenever you pat someone on the back, you get three "feels good" points.