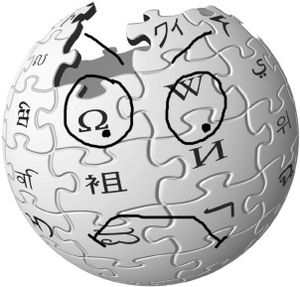 This means one thing: power.

“I fear a great many online collaborative projects the world over will be harmed by what I have to say. I will say it anyway, out of a commitment to their contributors' inalienable human rights, subordinate to no "project."”

Wikiterror is the sense of unparalleled agony and fear you feel when you're at the end of your wikirope. You can stand it no longer. All those wikiworries wikignawing at you. And you just snap! Oh my god, oh my god, there's no way out is there? No way out of the wiki! Oh god, it's Cunningham's monster come to devour you and you can't escape because your mind and very soul is entangled with the wiki. Nothing will ever be right again and all that's good and true with this world will be possessed and bewitched by a permanent, continuous, worldwide record which haunts your memory and your thoughts. It can't be, it can't be.

No, anonymity isn't good enough. Haven't you had a conversation online? They're no different than in real life, save for the medium! They have exactly the same effect regardless of anonymity! They're destructive, inhuman. If you can have an argument with someone who can't see your face, you can be Hitler. You can be opposite Gandhi with a spiky beard in your online identity. It's enough to make me want to cry and cut my wrists in agony and oh god, oh god, I'm never going to escape!

Wiki can go so fast at one moment with everybody commenting and the next moment it can be slow and gentle like a placid lake giving the invisible scorn time to build all over the world and burst forth in a single volley of masterfully composed multi-paragraph venom that reeks and reeks until you can feel your legs turning to gelatin.

There's a sense of relaxation when the nice men in the grey, mop-emblazoned frocks come and take you away to a wikiholding cell and inject you with wikidrugs until you can't feel anything and it's the only solace in wikilife. They're like the cool, capable leaders of Scientology in a corrupt world of pre-clears. Oh joy!

Then there's the horror. The horror. Oh god, the horror! Get out. Get out while you still can! Imagine the bans and embarrassments of the future and choose to end them. Drop your mice! Oh god, drop your mice.