Yes! But what does it mean? 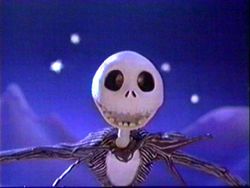 Attention Asset Disorder - patient has LOTS of attention and willingly gives it to each and every event in succession. Has the ability to track NINE enemy spaceships at once. Blank stare is often confused with not knowing what's going on, when in fact language does not exist for such fantastic simultaneity.

Attention Deficit/Hyperspatial Disorder - the inability to concentrate on one thing (look at the birdie!) for more than a few seconds because patient repeatedly finds him or her self standing in a hyperspatial vision in front of a certain 4-D (24hour) Breakfast Restaurant.

Autism - the ability to pay absolutely no attention to anything effortlessly. Needs to know just where (exactly) everything is in patient's universe. June Cleever often mistaken for one, though she's so verbal. Often has the ability to spontaneously count number of needles in a haystack of needles. (Stafford)

Chronic Fatigue Syndrome - it's always Nappie-time. NO! Good dream! Good Dream! Can someone hold my peepee for me while I pee? I'll get to whatever-it-is tomorrow. "Feed me, Seymore"(courtesy LSOH)