To be confused with MediaWiki. 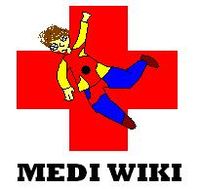 Like, it's a wiki. About medicine and stuff! OMG AWESOME, DUDE!

Ever since computers were translated to basements the omnivorous Wikia has existed. Its inhabitants diverse, divided and diagonally slashed by Barry Scott, headed by Bob Geldoff decided one day to "Heal the World Wikiworld". Gathering together various deformed Harry Potter extras, they set out to find the cure for Wikia's wounded wikis. Drawing on all their ingenuity and wit... (big intake of breath)

...they only came up with the idea that Gary was a really gay name. Promptly assassinating Professor Oak for his poor choice in naming his Grandson (despite the irrelevant fact he was raised by flying wolves that procured an obscure branch of intelligence and later named by Derek Trotter, a local draughthorse). 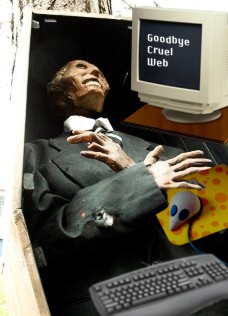 Then some random guy called the house in which our heroes were staying in. Bambooziling them with his complex way of greeting them the basement dwellers swiftly retreated into the local pub. After heightening their charm, wit and driving ability through wizard liquids they went outside into the direct sunlight. Awaiting them was Major Testostereich and his legion of duck-billed fans. After a friendly chat the computer-illiterate Testostereich gave them detailed and accurate advice on how to fix a broken wiki. This advice had, of course, been copied word-for-word from an internet site found on a completely unrelated safe-search-turned-off Google image search.

Upon realisation of their dream the heroes (now resembling disgruntled bearded porcupines) searched upon a logo to use. Immediately a passer by tripped on a wild banana skin and was impaled on a sundial, blood spurted out at four different angles forming a crimson cross. Ignoring this completely, the heroes came up with a red cross as the logo - later adding in the impaled corpse to the design.