Meta Knight is a borb blabbering, sword-flailing, drunk idiot. Never play as him.

No, I'm not still salty over Brawl!

Meta Knight has 4 special moves like everyone else. All of them can be used to fly for brief periods of time, but they'll also make him a sitting duck. Er... falling duck. Falling... bat? Sphere? Thing? Whatever.

The borb is this Darkness Illusion thing doing here? It's just another Ragnarok. I don't care how cool it is, it's getting old.

...huh? It's similar to something from Darkstalkers? It's one of the moves the sexy bat woman uses? Never mind! Best move ever! Meta Knight x Morrigan Aensland OTP! w00t!!! 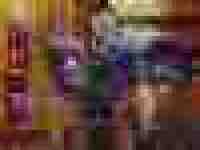 This image was leaked by a former Haltmann Works Company employee. It is claimed to be a photograph of Meta Knight. Context not provided.

Meta Knight hates Kirby because he is nothing but a wad of pink bubbo gum that everyone believes is cuter than him. Meta Knight, however is still getting pwned by the little pink dude and is now in the hospital because of his last major battle (a game of tic-tacs and toes). He still hasn't gotten around to fixing his edgy mask.

Meta Knight also hates King DeDeDe, or more acurrately King DerrDerrDerr, Rey DayDehDoop or King D'ohD'ohD'oh. He hates him because he's a fat penguin with a bunny ears sign on his back. In other words, he hates him for no apparent reason.

Or maybe he was drunk those times.

Meta Knight has a plastic sword made for cutting, dicing, and killing little bits of tofu.

He also has a cape that can somehow turn into wings. These wings may or may not be connected to his body, but no one knows yet.

However, his most iconic weapon is a plastic/bronze/golden/butter sword called Galaxia, which is said to be able to kill more things than the Hammer Suit and Metal Blade COMBINED in less than half the time. Or, you know... he could just swing it around like an idiot.

They say Brawl got to his head.

(Wait, it's been confirmed. It's made out of budder. Beautiful, delicious, kickass, BUDDER.)

(Disclaimer: The sword is probably not made out of butter.)