Ingress is a game about gaining control of organic energy for biofuel. As portals are distrubted throughout the world, it will soon find the largest prime number known to man.

Ingress is a corruption of the Turkish İngilizce, itself a corruption of the Greek Ινγκόλφουρ Άρναρσον "Ingólfr Arnarson". These names were selected by keyboard-mashing Jamaican Norwegians who overlooked the importance of competition in lip-syncing. During their soccer games, touchdowns were not frequently scored, needless to say. 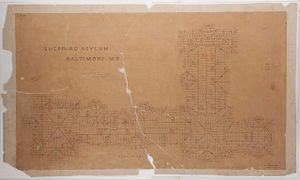 Escaping this building is often considered a prerequisite to the main story mode.

The game begins with a paradoxical bullet hell of Sepp Herberger quotes before you find yourself teleported to Baku, Azerbaijan. Then you need to dig a hole and communicate the numbers you find there by any method to the Russians. After completing this simple quest, the narrative begins a nonlinear progression into madness where you'll either plagiarize Tracy Chapman, interfere in a life-size chess game, or spend four hours filling in for a famous actor, only the director doesn't know you're not actually him.

If you fail, Viking horsemen will ride up to you and deliver the following message: "I just lost the game!" If you succeed, you'll probably gain enough experience points to unlock the color-changing ability and then be free to level grind until you're ready to exit the tutorial zone.

Being too rude will make the guards suspicious, so be sure to be extra polite and maintain a consistent level of light. Starting in a wealthy area will facilitate quicker completion. You can only change your name once, so choose carefully. Some people wanted to put a turkey in every driveway, but it wasn't November yet, so the only thing they could do was sell fraudulent insurance and wash off dirty jokes on a roof. The more expensive maps are more likely to be reliable. There are two possible reasons for inaccuracies.

Persuade commoners to join you until you beat Ingress.

It turns out that the links that players make are actually the infrastructure that the game itself operates on. This is cited as an early example of gamification in technology.

Despite claiming to be a realistic simulation of Earth planet, Ingress has received generally negative reviews for a disproportionate underrepresentation of ocean.

It has been overshadowed by Pokémon GO, not by amount of features, but by being tied to a popular franchise already.