this is pretty much the only way to beat the 3rd boss. Have you seen the third boss? Dang, son, that guy should be the final boss or something. He ugleh! And those trousers! So tacky! Everyone knows plaid is here to stay, baby. 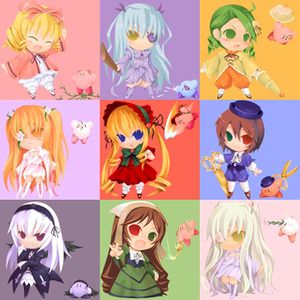 One of these is you. No, I'm not telling which one.

first you have to get your dude in a good mood or he won't listen to you, right? Try singing to him. Everyone likes the Beatles. Go on, sing like no one's listening. Do it. Don't just sit here reading this, DO IT FAG! Come on, join in with me.

that was good. I really felt a connection there, and I hope you did too.

the secret move that cures warts. I dunno man, have you tried hydrogen peroxide? That stuff's good. I can hook you up, dude. Just 50 cheese. That's a deal, man. That's half what I charge the third boss. Because you such a good customa! No? Not your style? Okay, that's cool. Not that you have any style anyways! OH YEAH! You just got burnt! Give me five! Up high! Down lowtoo slow!

man, I can't believe you just fell for that. What, did you grow up under a rock?

You did? Sorry, mang. Nothing personal. I know lots of decent rocks. Some rocks are my best friends. Sometimes I think rocks are my only friends. Can I have a hug?

That reminds me, the princess is after the third boss and she hugs you when you beat him and it's all sweet and all but then it turns out she's a ninja and tries to kill you. That sucks, dude. Women, eh? What can you do, eh? Besides shoot 'em! Ha ha ha! I like shooting women. Kids, shoot women.

You again, in case you forgot.

You probably want to know how to beat the final boss now, right? Fair enough. Well, I guess I can trust you. You're a good kid, right? I know you are! Yes you are! Just look at you!

To kill him, you have to attack him. Press a to attack. That's how you you beat him, you see. You attack him. Unless you don't want to, of course. There's no pressure. You probably know a newer, better way to do it. It seems Thommy's outgrown the advice of his little babushka. That's okay. No, no don't worry about me. I'll be fine all by my lonesome self.

Yeah, that's right, punk. You got a problem?