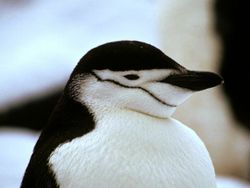 Penguins have a tough exterior, but don't be fooled. This is fuckin' ANTARCTICA.

Well, yes, there ARE lots of Grand Theft Auto games! But this one is different...

Illogicopedia, along with some other humor wiki whose name I can't remember, have developed a game. In this game, while playing, you can change the actual game! That sounds exciting, until we realize that other people have to play it too.

You are Oscar Wilde. Growing up in the mean streets of San Antonio, you have developed an attitude... and a reputation. Armed with your minigun, your job is to find the bastards who took your family... and KILL THEM...! With a... with a gun!

Oh. Oh that's great. Some idiot noob edited the game. Well, okay, what we got here?

Okay, you're not Oscar Wilde anymore, you're Chuck Norris. That's a stretch. Everything else is the same though: San Fransisco, guns, shooting. Still okay. Meh, Oscar Wilde was funnier. Gotta revert this shit. 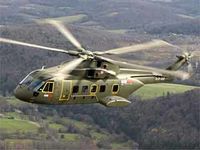 Don't be upset, but that's not Oscar Wilde.

Dammit! I hate that! Now I have to see what's changed...

Well, you're still Chuck Norris, but instead of a minigun, you're using a grue. That's pretty stupid, but at least it fits in with the storyline. The noob added a little bit here: apparently, the guys who killed your family are drug dealers from Antarctica. Well, that's dumb, but it's okay. I can revert this absolute SHITE.

I gots, GOTS, to add some stuff about penguins in there. I'll talk more about penguins later, but I just thought you should know that. My main goal is to just make every character in this thing a penguin. That oughta show everyone who's boss!

GAH! It snuck up on me like my creepy uncle, tickling my private parts!

What's going on here? Now you're Chuck "Penis LOL" Norris? Oh for gods sakes. This noob obviously didn't know what they're doing. Fuck that, let's do some rewriting.

Jesus! This game is freaking popular!

Now I'm Chuck Penis LOL Norris on the moon, with a grue by my side fighting crime. They replaced the drug dealers with orangutans. Well, that's a stretch, as I don't recall any orangutans on the moon during my last astronomical search. Let's just edit that...

Oh fuck no. you did NOT just do this to me. Do you realize who I am? I'm a big ol' mucky muck on some other humor wiki! You can't just do whatever you want! FUCK YOU, MAN!

Well, at least the orangutans are in spaceships now. Before, they were just freefloating on the surface. The spaceships shoot what now? "Lazors"? That is NOT how you spell "lazers" you retards! This article is goin' DOWN! 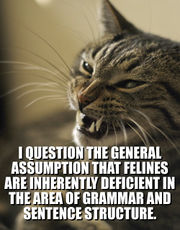 I hate this place, and all who inhabit it.

Now you're a lolcat shooting grues out of a 1337 cannon. I hope you're proud of yourself. You even gave the lolcat the name "penis". This is ridiculous. Why is it flying in a roflcopter? How'd you do that? Cats can't drive helicopters, at least not my cat! ...Vietnam was tough.

Oh shit! My roflcopter is running low on gas! HAVE TO REFUEL! Okay, what were the special lolcat cheatcodes? I KAN HAZ GOD MOOD!

...YES! Oh, oh this game is so hawt! This is gonna fly of the shelves, just like a lolcat in heat. Oh jesus, this is so awesome. Praise the lord, amen.

Revision... of the soul[edit | edit source]

I take it back. Having noobs edit the thing isn't so bad. I hereby declare this game to be functional, if not superb.

Oh shit, I made it to level 4... what the? Why is the lolcat asking for a cheezburger? I don't got no cheezburger, you damned feline! Oh, oh wait, I get it, I have to find the sacred Cheezburger of Loland. That's easy, I just have to follow the clues. 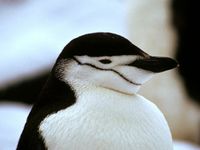 I always keep my promises. Especially to penguins.

I don't know why this article is called Grand Theft Auto:Antartica... There were barely any penguins in it at all. I love those little bastards! They don't have them at the zoo anymore, mostly because my neighbor was arrested and also because it wasn't a zoo. He kept them in the kitchen for a quick snack, and he made me pay to watch him eat. Actually, that was really disturbing, so I'll stop there.