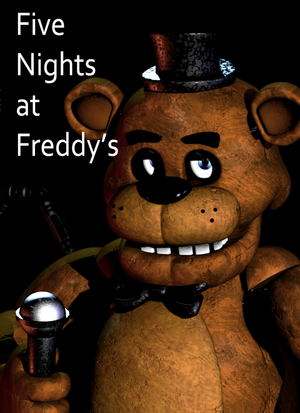 Five Nights at Freddy's is a popular computer game that lots of famous Internet celebrities use as background music as they scream into microphones and act like ninnies.

Murders and creepy animatronics that are said to be the embodiments of the murdered children but then every game gives a goddamn new piece of evidence of something that happened that freaking messes up my theory about it and then there's those secret minigames and secret codes that nobody knows until some idiot does it and coincidentally it works its like YEEEAARRRRGH!!!

Hallucinations from the third game: