The Origin of: "Halo" 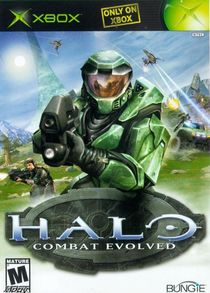 The product of Bungie's drug addiction.

It isn't very well known, but the Halo series was a figment of Bungie's imagination until they made it real. It started when the CEO of Bungie got addicted to Acid. Bad Idea. Well he was very high and he started imagining he was playing a game where it was a bunch of angels shooting aliens. When he got not-high he remembered some details. He decided to make a FPS game with aliens but he forgot what the characters were so he decided to make some super-human guy named John 117 or Master Chief. All he remembered was halos so he decided to make a space ship called "Halo".

Once it was released the CEO of Bungie realized that he could get high to invent three other games in the series. The only thing he didn't realize was that they were the exact same game with a couple new maps and weapons with a crappy but new story. He decided to add online to it and he STILL got money off of it!