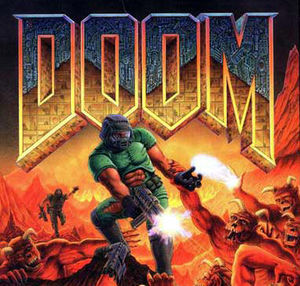 Dooming ain’t easy, but it sure is fun.

Surely, that which has no end is always contained within the multiverse... or is it?

VANDAL! That had nothing to do with doom! Stop editing my article... of doom!

The nature of Doom[edit | edit source]

Doom is the most hardcore video game ever made. Doom will stroll right into your house, wreck your shit up, have sex with your girlfriend, and then strut out like a pimp.

Doom is also a murder simulator, which is pretty cool when you think about it.